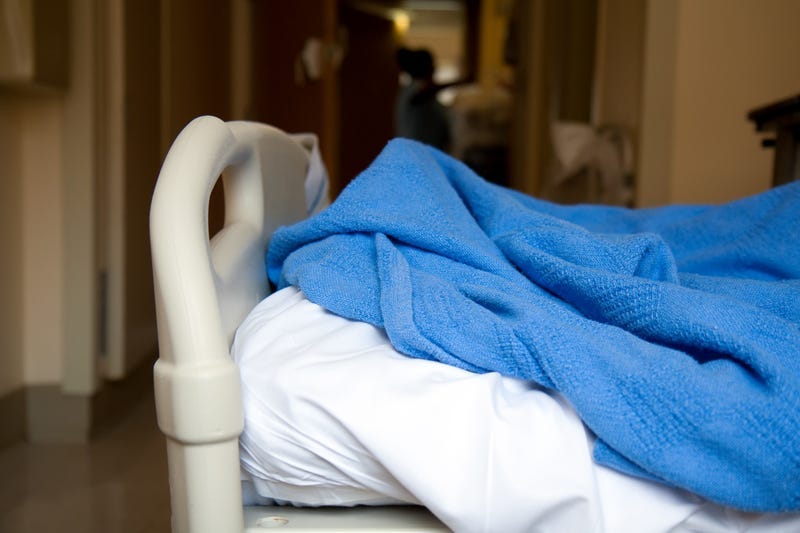 CHICAGO (WBBM NEWSRADIO) -- A northwest suburban mayor said an old hospital that was set up to handle COVID-19 overflow patients is ready if needed, but for the time being, anyway, will not be put to use.

The city of Elgin said on its website that the old Sherman Hospital is not going to be open to COVID-19 patients are earlier planned. The decision on whether to open will be made in the coming weeks depending upon regional needs.

Elgin Mayor Dave Kaptain told the Elgin Courier News that the city was told last week by the U.S. Army Corps of Engineers that plans to use the facility are on hold.

The former Sherman Hospital in Elgin is one of three former Chicago-area hospitals that the Army Corps of Engineers configured for use, should area hospitals become too full with COVID-19 patients.

Gov. J.B. Pritzker also mentioned the decision in a Saturday media briefing, when he announced similar facilities at the former Westlake Hospital in Melrose Park and MetroSouth Medical Center in Blue Island would also be put on hold for patient use.

“We’re making them ready so they’re in a kind of state of readiness,” Pritzker said, “but not turned on yet because it does not appear, at least at the moment, that we need them in the near future.”

The Army Corps of Engineers readied Sherman Hospital for as many as 275 patients. And while the hospital is ready, the need has not materialized Elgin Mayor Dave Kaptain said.

He told the Elgin Courier News, however, that furniture that was going to be put in the facility is not, for now.

"You prepare for the worst and hope for the best. And I think this is where it’s at,” he said.

Kaptain said he saw the decision to delay the opening as a positive in that it may signal the state’s social distancing guidelines and stay-at-home order have successfully slowed the spread of COVID-19. According to the Illinois Department of Health, 72 percent of ICU beds and 37 percent of ventilators were in use at northwest suburban hospitals over the weekend.

“I think it’s a good thing,” Kaptain said. "Everybody should have that attitude that I don’t want to be in there, I don’t want my friends in one of those rooms.”

If opened, the overflow facility would be used by non-acute hospital patients and possibly non-acute COVID-19 patients not requiring an ICU bed or other urgent care.