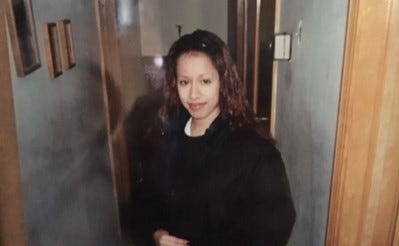 (WBBM NEWSRADIO) -- It was just over four years ago when an Iraq War veteran disappeared from her home in Park Forest.

The police - and the woman's mother - are asking for help in finding out what happened.

"I miss her,” says Maria Gonzalez, the mother of Brenda Jackson.

Jackson, 31, a mother of six, disappeared four years ago.

"I know she never would've been gone this long without some way of contacting me. We had a very close relationship,” Gonzalez said. "And her children meant the world to her. Her children meant everything to her."

Gonzalez says Jackson had filed for divorce from her husband before she vanished.

Park Forest Police Detective Sgt. Darin Studer says even though there were allegations of domestic violence against the husband, police aren't ready to call him a suspect in Jackson's disappearance.

"I mean, everybody to me would be a suspect at this point. But obviously he was one of the last people who had seen her and he lived with her, so – yeah,” Studer said.

The husband has not been cooperating with police, he said.