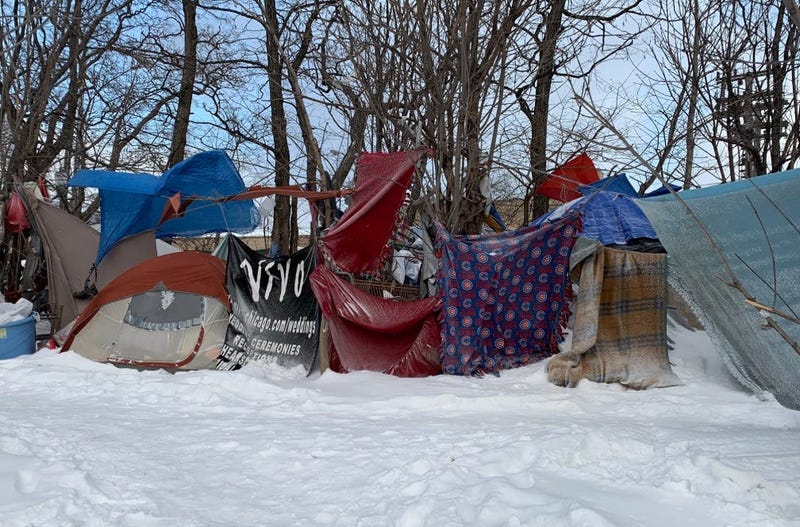 CHICAGO (WBBM NEWSRADIO) -- A woman told authorities she was sexually assaulted early Wednesday in a South Loop homeless encampment less than a week after officials bulldozed the area.

Police and paramedics responded about 5:55 a.m. to the 1000 block of South Desplaines Avenue for a woman who said she was sexually assaulted, Chicago police said.

The woman, who was homeless and in her 30s, was taken to Rush University Medical Center for treatment, police said. She refused to tell police details.

The sexual assault happened less than a week after authorities cleared out a large homeless camp Friday along the Dan Ryan Expressway, dubbed “Tent City.”

City officials said they helped 17 residents find shelter away from the camp, which is located between Desplaines Street and the expressway between Taylor and Roosevelt.

Residents said there are anywhere from 15 to 40 people living at the camp at any given time.

Authorities cleared the site after one resident of the camp was allegedly shot to death by another.