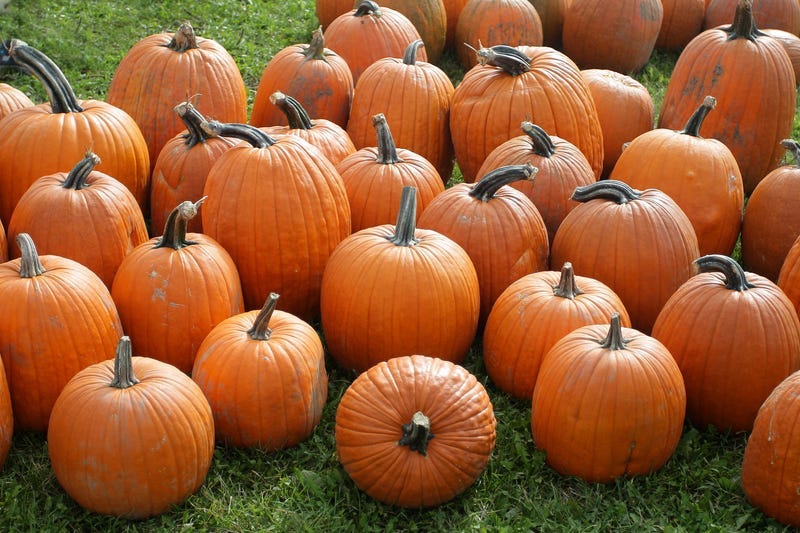 CHICAGO (WBBM NEWSRADIO) -- A wet spring and a dry summer are part of a challenging autumn for Illinois pumpkin farmers.

Now that Halloween is in the pipeline, farmers, consumers and retailers are preparing for the pumpkin season. But the pumpkin growth timeline is behind compared to previous year, due to excessive rain and climate change affecting farmers.

John Ackerman, who operates Ackerman Pumpkin Farm in Peoria, Illinois, said his soybeans and corn crops took a big hit from the adverse weather. But pumpkins are still safe, for those concerned Halloween fans.

"This was the worst spring I have ever seen," Ackerman said of the weather.

However, he said that doesn't mean there will be a pumpkin shortage — it just means there is less time to grow pumpkins than a normal season allows.

"Incredibly, we are blessed with some really good pumpkins this year," he said.

His team can rake up 30,000 pumpkins in one season, he said, which reinforces Illinois' spot as a top pumpkin harvester.

According to the U.S. Department of Agriculture, Illinois has been leading the pumpkin production for the last seven years. Since 2012, Illinois has been in the lead for production, producing nearly 20,000 acres of pumpkins, 3-5 times as many pumpkin acres as any of the other top States. In 2017, the state held the spot at about 17,000 acres.