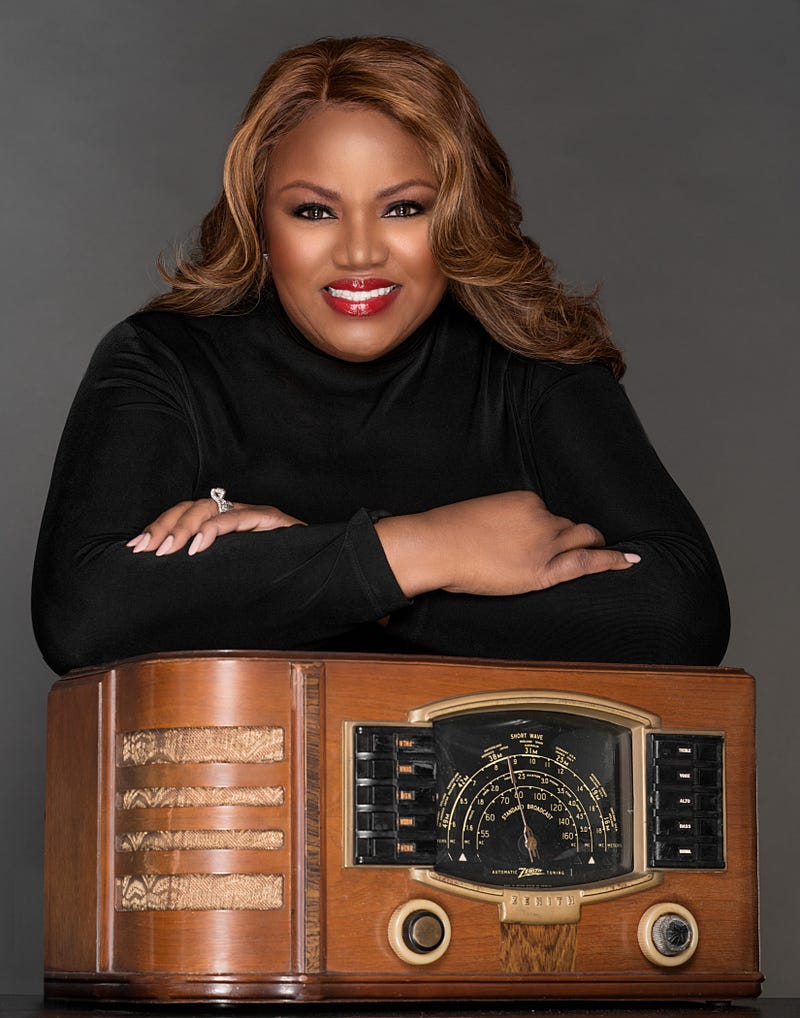 CHICAGO (WBBM NEWSRADIO) -- After more than 35 years with WBBM Newsradio, Felicia Middlebrooks announced Wednesday her plans to retire at the end of the month.

"On May 29, I’m dropping the mic, at least for daily radio news. I’m not retiring. I’m rewiring," Middlebrook writes in a letter. "Just to be clear, I’ve been working on this next level plan for nearly a decade.  This wasn’t a spur of the moment decision, and it is MY decision."

Read below her open letter to listeners, colleagues, and friends.

For decades, you have granted me the high privilege of serving you, inviting me into your homes, your workplace and your cars—allowing me to travel with you on the train, to the airport and on the running trail.  We’ve been early morning companions a very long time, nearly 36 years!

I delivered news, much of it difficult, life changing or history making, and you listened, through endless cups of coffee, a little laughter and a few tears. But careers, like seasons, change and I wanted to deliver this piece of personal news to you directly.  On May 29, I’m dropping the mic, at least for daily radio news.  I’m not retiring. I’m rewiring.  I’m transitioning to long form storytelling on a multi-media platform, which will include documentaries and feature films, audiobooks and other projects, through my company Saltshaker Productions.  My first venture is a new podcast I’ve created, called She Matters, which focuses on empowering women.

Just to be clear, I’ve been working on this next level plan for nearly a decade.  This wasn’t a spur of the moment decision, and it is MY decision.  As part of my preparation, I returned to my alma mater Purdue University to earn my MBA.  Because my love of journalism runs parallel to my love of movies, I also obtained a degree in film.  Now, the same faith and purpose that have shaped my life and sustained me for nearly four decades at WBBM, will guide the growth of my production company.

My career at Newsradio 780 has been the joy and honor of my life, the fulfillment of a dream, a wonderful remarkable journey for which I am deeply grateful. I was just a skinny 13-year-old girl in Gary, Indiana when I set my heart on someday becoming a reporter.  At age 24, with jobs at four radio stations under my belt, I was welcomed into the CBS 2 newsroom, the early standard bearer for TV journalism in America. That newsroom developed me as an intern, newsroom receptionist, then a desk assistant.

When I was ready to take the next step, journalists from practically every newsroom in the city mentored and molded me.  The late Bob Petty, Mike Parker, Warner Saunders and Burleigh Hines.  Harry Porterfield, Muriel Claire, Pat Arnold, Renee Ferguson, Bob Wallace, Carol Krause, John Davis, Greg Caputo and Gloria Brown, to name a few.  As a result of their guidance, I became Newsradio’s youngest female street reporter and anchor.  Long before that, my cheerleading parents, who told me I could do anything, were the very foundation of my success.  I also owe a great debt to the managers who nurtured and groomed me.  Former CBS Radio President Robert Hosking wanted to shake-up the traditional all male morning drive paradigm.  He wanted women to co-anchor.  I was the test case for the network’s groundbreaking change and WBBM News Director Carl Dickens wanted to ensure the experiment worked.  Both men had a personal stake in my pioneering success in morning drive. They had confidence in me and set grand expectations, then equipped and inspired me to meet them.   Now women co-anchor at all CBS Newsradio stations (now Entercom) across the country.  I’m proud of that.

I believe that I was being prepared for the job a very long time ago.  I was raised by a loving father who insisted that his 4 daughters learn everything boys were taught, so we’d become fiercely independent.  That, and the fact that I worked my way through school in the steel mills got me a little street cred with the guys in Morning Drive and when they learned I loved westerns, war movies, the Three Stooges and I could crack my knuckles...and occasionally belch, I was in like Flynn.  My Mom would be mortified to hear that!   I want to thank the morning writers, editors, producers and reporters and a special thanks to my frat brothers Pat Cassidy, Beau Duran, Josh Liss, Dean Devore and Len Walter.  Your energy, professionalism and dedication are contagious.  To Rachel Williamson, Ron Gleason, Julie Mann, Jimmy De Castro, Gregg Peterson, Steve Carver, Chris Witting, Chris Berry, Joe Durso, Sharon Gelder, Deidra White, Georgeann Herbert and Dave Milberg—throughout my career, I couldn’t have asked for more dedicated, thoughtful and supportive managers.

To my WBBM colleagues, iron sharpens iron. You are ethical, creative and hardworking.  Nobody does it better than you.  My successes are directly attributed to those with whom I have labored. You constantly challenged me to up my game.

What a gift to be a journalist in Chicago, the greatest news town in America! I am grateful to have covered stories at home and abroad and to have broken barriers and opened doors for women in radio.

While I cannot wait to see what dreams will be fulfilled as I make this transition, I could never have imagined announcing my plans while also having to bear the pain of the recent loss of my father Raymond Middlebrooks Jr., my rock, whose absence has left a huge hole in my heart.  He knew of my objectives and approved of them.  I took for granted he’d be with me as it all came to fruition.  John Hultman, my first morning co-anchor was best of friends with my father.  John, you showed me the ropes and always called yourself, my other Dad.  I’m so glad I still have you.  I also could not have imagined announcing this life change, in the midst of a global pandemic.  That said, I can tell you that I believe Newsradio will always be relevant, dependable and necessary as we all navigate what’s next.  Those in medicine are at the forefront of battling COVID-19 and journalists are on the frontlines, disseminating vital information to the public.  In a constantly changing world, I can promise you I’ll still be telling stories—stories that heal, elevate, enlighten and connect us. Truth matters. Always has, always will.