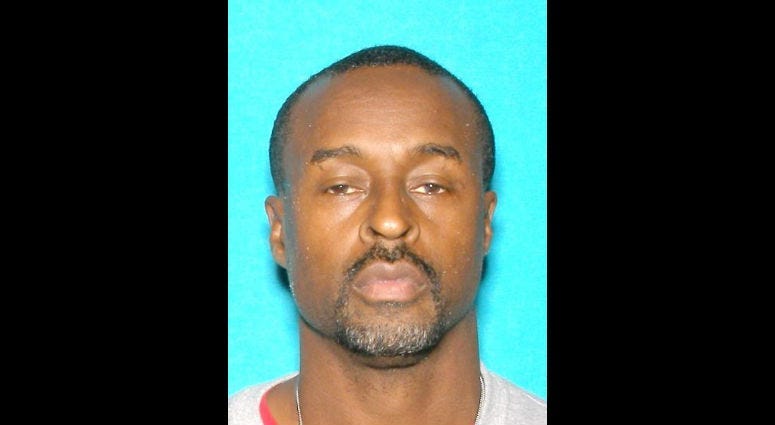 HAMMOND, Ind. (WBBM NEWSRADIO) -- An East Chicago man has been charged with holding up a Family Dollar store at knifepoint last week in northwest Indiana.

Ryan Smith, 56, is charged with a federal count of robbery for the hold-up Sept. 22 at the store, 130 W. Ridge Road in Griffith, according to a criminal complaint filed in U.S. District Court.

Federal authorities issued a warning last week that Smith was suspected in multiple robberies and should be considered “armed and dangerous,” according to FBI Indianapolis spokeswoman Chris Bavender. He was arrested about 4:30 p.m. Sunday in East Chicago.

Smith walked into the Family Dollar shortly before 7 p.m. and gave an employee a note stating that he was committing a robbery, according to court documents and the FBI. He held a “large knife” against an employee’s abdomen while ordering her to open a cash register, from which he took about $190.

“Prosecuting violent crime is one of my top priorities,” Thomas L. Kirsch, U.S. Attorney for the Northern District of Indiana, said in a statement. “My office, along with our law enforcement partners, including the FBI, have a strong and continuing commitment to investigate and prosecute acts of violence such as those alleged in today’s charges.”

Surveillance video showed Smith leaving the store and getting into a black Chevrolet Impala, federal prosecutors said. Investigators identified Smith as the suspect by comparing the video to his photo on file with the Indiana Bureau of Motor Vehicles.

Smith is also suspected of handing over a note and implying he had a gun during a robbery at 11:31 p.m. Sept. 21 at Briar East Liquors in Hammond, according to the FBI. He was also allegedly armed with a knife during the hold-up.

Surveillance videos from both stores appeared to show Smith committing the robberies, according to court documents.

Smith is also suspected of robbing an Allied Cash Advance payday lender at knifepoint about 11:30 p.m. Sept. 25 at 4802 Indianapolis Blvd. in East Chicago, the FBI said.