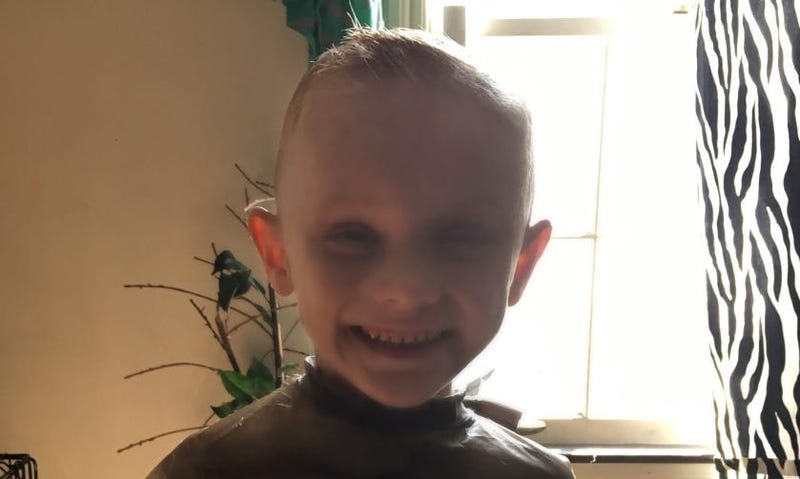 CRYSTAL LAKE (WBBM NEWSRADIO) -- The mother of a missing Crystal Lake boy is being “uncooperative” with investigators as they enter their fifth day of searching for the child.

Police in the northwest suburb said on Monday that they are continuing to focus their investigation on the home of 5-year-old Andrew “AJ” Freund and “individuals that may have seen or had contact” with him, according to a statement from Crystal Lake Police Deputy Chief Tom Kotlowski.

Police said the boy’s father, Andrew Freund Sr., spoke with detectives on Saturday, but that his mother, JoAnn Cunningham, “continues to be uncooperative with police” Monday morning. No arrests have been made.

Dozens of people came out for a vigil Saturday night called “Light the Way for A.J.,” at Crystal Lake’s main beach. They were drawing attention to the disappearance of Andrew “A.J.” Freund. His parents told police he disappeared from their home sometime after Wednesday night.

Andrew Freund Sr. didn’t speak to the group  but had this to say to CBS 2: “Thank you and anybody who’s so inclined please pray for the safe return of my son.”

Andrew’s parents told investigators they last saw him when they put him to bed about 9 p.m. Wednesday at their home in the first block of Dole Avenue and couldn’t find him when they woke up Thursday morning, police said.

Police dogs searching for Andrew’s scent have only detected it inside the home, “indicating that Andrew had not walked away on foot,” police said.

The Illinois Department of Children and Family Services confirmed Saturday that its investigators have had repeated contact with Andrew’s family since he was born with opiates in his system in 2013.

He was taken into DCFS custody then and placed into a foster home less than a month after he was born, DCFS officials said, before he was returned to his birth parents in June 2015.

DCFS investigators returned twice in 2018 to investigate separate allegations of neglect, both of which were deemed unfounded, the agency said.

No AMBER alert has been issued and police said there is no evidence to suggest that an abduction has occurred. Andrew’s younger brother was placed in another home under a DCFS safety plan, the agency said.

George Kililis, an attorney for Cunningham, said a hearing was set for Tuesday morning at the McHenry County Courthouse in Woodstock regarding a DCFS decision to remove her youngest child from her custody.

Andrew is described as a 3-foot-5, 70-pound boy with short, blond hair, police said. He was last seen wearing a blue Mario sweatshirt and black sweatpants.

He was also wearing green Teenage Mutant Ninja Turtles shoes, according to the National Center for Missing and Exploited Children.

His disappearance remains under investigation. Anyone with information is asked to call police at 815-356-3620 or text an anonymous tip to 847411 with “CLPDTIP” at the beginning of the message.