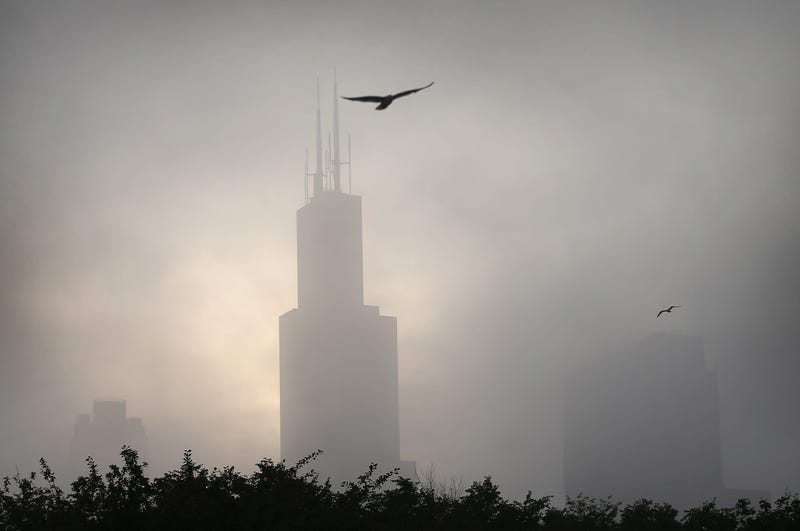 ComEd was notified about 2 a.m. that flooding on Lower Wacker Drive had affected a substation serving the tower, 233 S. Wacker Drive, spokesman Tom Dominguez said. The block the tower is on is also affected, but no other outages were reported in the area.

Willis Tower was closed to tenants and visitors Monday morning due to the flooding, according to a spokesperson for EQ Office, which operates the building.

“Pumping to remove water from the basement levels of the building continues,” said Dominguez, who said the tower remained without power at 5 p.m Monday.

Crews are at the scene, but will be unable to access the substation to make repairs until the water levels recede, Dominguez said. “Once the crews are allowed to enter, we will then determine an estimated time to restore Willis Tower to service.”

A photo of the tower’s basement showed extensive flooding.

The outage also affected TV stations that use the tower’s antennas for broadcasting. The outage knocked out CW26, The U, MeTV, Heroes & Icons, Decades and Bounce, WCIU said on Twitter.

“Comcast cable viewers can watch without interruption,” WCIU said. “These problems are impacting other stations too. We apologize for the inconvenience.”

Chicago police said the antennas atop the tower are not lit because of the outage, and that O’Hare and Midway airports and the Federal Aviation Administration have been notified.

ComEd is evaluating the possibility of bringing in a generator to restore power until the substation is back online.

Monday morning, city officials opened locks to reverse the flow of the Chicago River so the excess water can flow into Lake Michigan.

Emergency crews used the building’s stair wells to take tenants affected by the outage out of the building, according to police and ComEd.