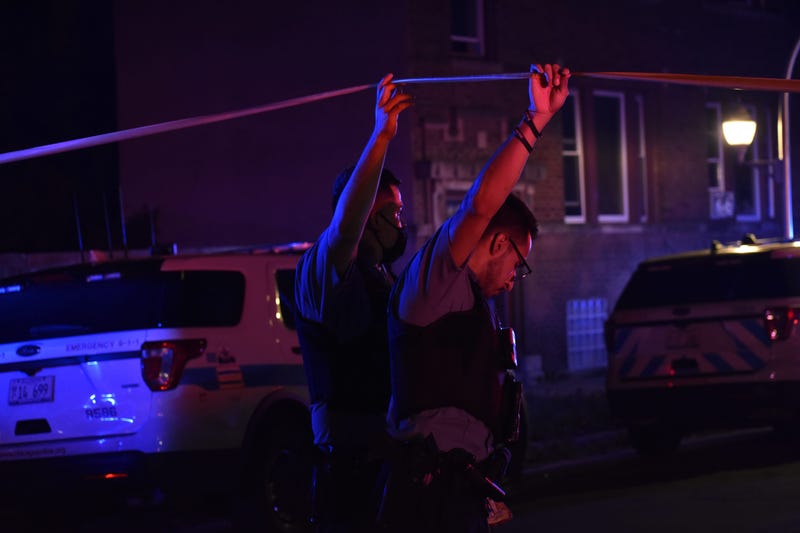 CHICAGO (WBBM NEWSRADIO) -- Three children were among eight people shot Saturday, four of them fatally, in Englewood on the South Side.

They were at a large gathering in the street at about 11:35 p.m. in the 6100 block of South Carpenter Street when four males walked up and started shooting, according to Chicago police.

A 14-year-old boy was hit in the back and pronounced dead at Comer Children’s Hospital, police said. The Cook County medical examiner’s office identified the boy as Vernado Jones, Jr., who lived in West Lawn.

Three other male victims were pronounced dead, two at the scene and one at the University of Chicago Medical Center, police said.

The medical examiner’s office identified one man as 30-year-old Ernest Franklin, of Englewood. The other two remain unidentified.

The suspects fled after the shooting and no one is in custody as Area One detectives investigate.

Less than two hours later, eight other people were shot in Lawndale on the West Side.