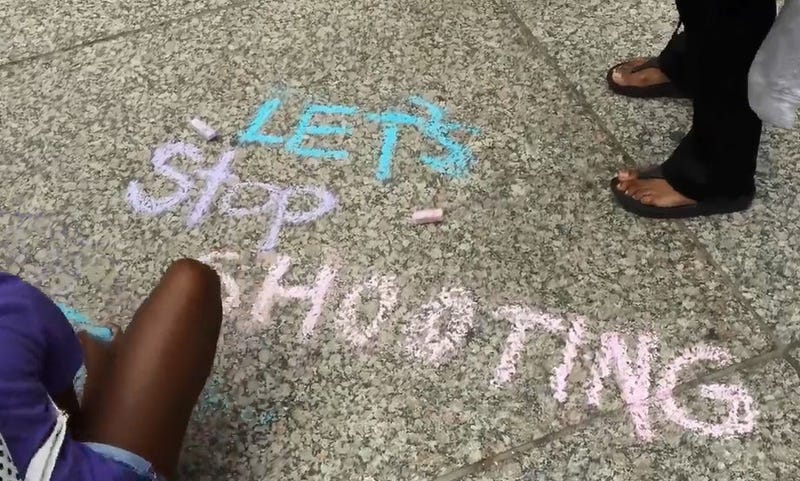 CHICAGO (WBBM NEWSRADIO) -- The issue of gun violence, both nationally and locally, took center stage during a rally at Federal Plaza Sunday afternoon.

Among those to scribble the word "enough" into the plaza's pavement was Jackie from Evanston.

She said time in the military has given her a greater appreciation for the Second Amendment, as well as the need for change.

"I just don't think that assault weapons belong, and we shouldn't be allowed to have them -- period. I think they should just ban the assault weapons."

Moms Demand Action Illinois, Indivisible Chicago and the Illinois Council Against Handgun Violence were among the rally's organizers.