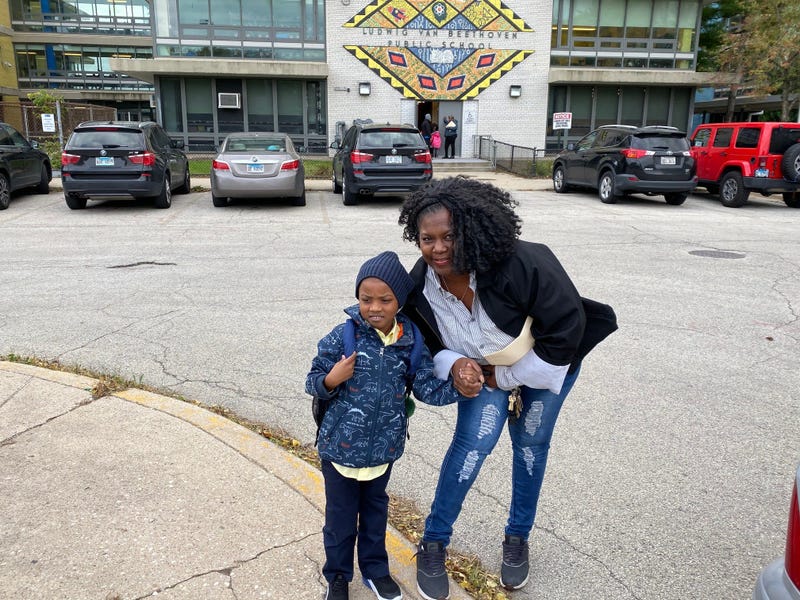 CHICAGO (WBBM NEWSRADIO) -- There were mixed emotions about a teachers’ strike from parents at Beethoven Elementary School at 47th and Dearborn.

Most say they side with teachers. But, like Karen Perry, a grandmother of a 4-year-old boy at Beethoven, they are worried about how to manage things during a strike.

"We have to find additional child care, which is going to be extra, as far as money coming out of our pockets, which we don't have,” she said.

One man, Calvin Ware, told us he has five sons, and he says his concern is they'll miss out on an education.

Latear Allen's granddaughter is a student at Beethoven. Allen works for CPS in a school lunchroom, and she'll have to work, as usual, since school buildings are open for children.

"So they can get their breakfast, their lunch and their snack,” she said.

WBBM: What do you think about the whole thing?

Allen says she'll take her granddaughter to work with her - to a school.  But she says other working families aren't so lucky during a teachers strike, to be able to watch over their kids when they have no structured class work.