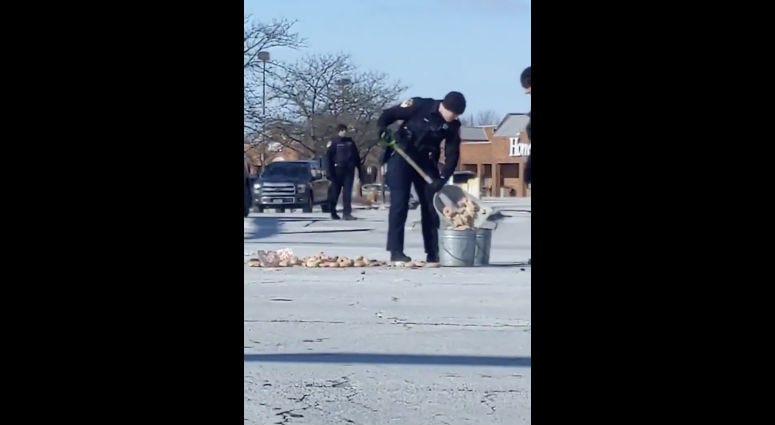 CHICAGO (WBBM NEWSRADIO) -- Police in one western suburb were forced to deal with an inconvenient, and mouthwatering, roadblock on Sunday.

Deputy Chief of the Wheaton Police Department PJ Youker said calls came in around 10 a.m. Sunday for a "roadway hazard" near the intersection of Naperville and Butterfield roads.

With so many donuts to deal with, officers were forced to use a large shovel to scoop them into buckets.

A thing I saw yesterday in Wheaton. pic.twitter.com/qfdyT36JhE

Youker said how the tasty treats ended up in the street is still a mystery.

"We've had vehicles carrying soda products fall over before," he said. "Bottled water, too. So this is kind of business as usual for us."

While he admitted the roadblock was pretty humorous, Youker said it can also serve as a safety lesson.

"If drivers see any kind of roadway hazard, they should obviously try to safely avoid it, then call 911," he said. "We'll always send an officer or one of our community service officers out to try and address the situation."