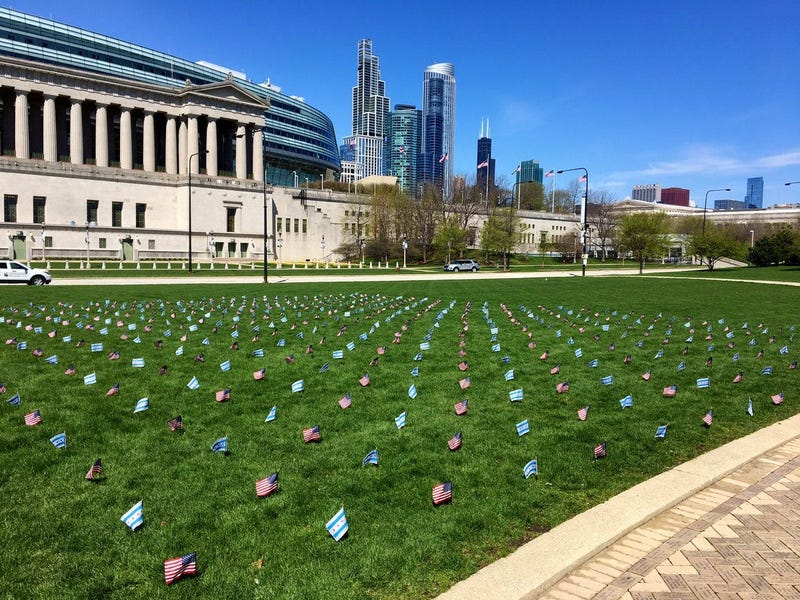 CHICAGO (WBBM NEWSRADIO) -- An annual sign of respect to Chicago's fallen police officers has been set up along the lakefront.

Across from Soldier Field, 586 small flags blow in the breeze.

"Even though it's just a piece of material, they're priceless," said Chicago Police Chaplain Moshe Wolf.

"They represent a soul, a family, an officer who gave his life, who went out there doing what he loves best and that's protecting our city, and he didn't make it home that evening."

Directly across from Soldier Field, hundreds of American and Chicago flags blow in the breeze, honoring the 585 Chicago Police Officers killed in the line of duty. A 24-hour vigil will be held here tomorrow @WBBMNewsradio pic.twitter.com/dTlhB3ceDX

"It just lets these officers and families know that their sacrifice will never be forgotten," Wolf said.

A 24-hour vigil will be held at the Gold Star Families Memorial and Park beginning Monday morning.