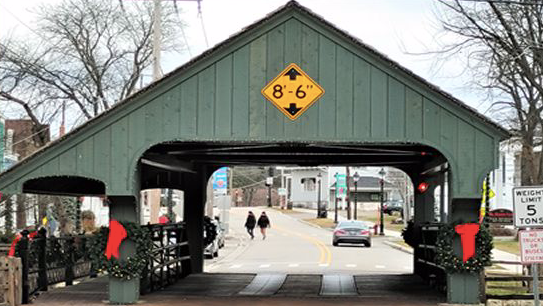 The latest incident occurred around 2:15 p.m. Monday, when an 11-foot U-Haul box truck scraped the top of the bridge and became wedged, the Lake County Sheriff’s Office confirms.

Driver Hui Xu, 58, of Morton Grove had been traveling westbound on Robert Parker Coffin Road, disregarded signage and attempted to make it through, officials said. Xu was cited for disobeying a traffic control device.

The bridge remained blocked for about an hour while the driver deflated the tires to get the truck out, the sheriff’s office said.

There does not appear to be any structural damage, officials said.

It’s the 42nd time the 116-year-old covered bridge has been hit, despite a prohibition on trucks and several warning signs. A box truck hit the bridge only last week. It has a clearance of 8 feet, 6 inches. 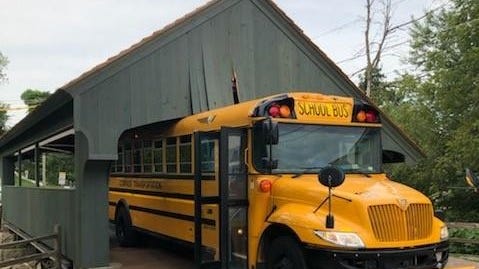