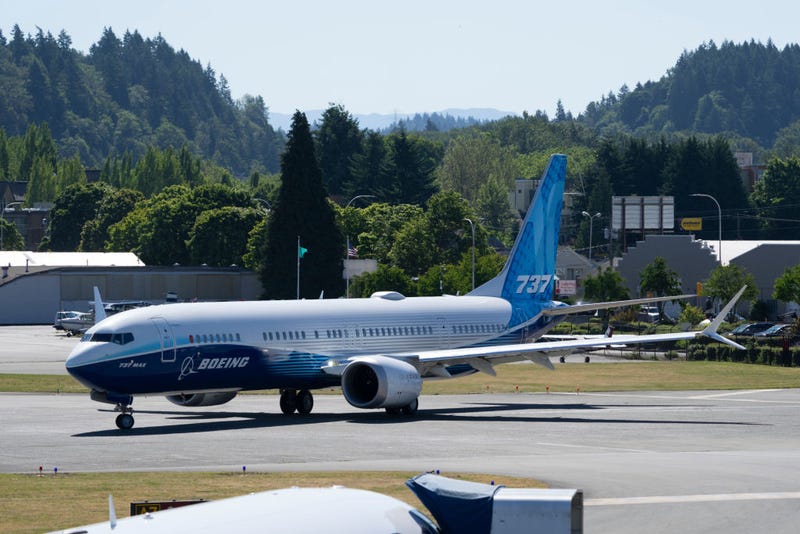 Boeing 737 MAX 10 prepares to take off for its first flight at Renton Municipal Airport on June 18, 2021 in Renton, Washington. The 737 MAX 10 is Boeing's newest model since regulators cleared the 737 MAX to fly again in November 2020. (Photo by Stephen Brashear/Getty Images) Photo credit Getty Images
By Lauren Barry

Boeing management told its U.S. employees Tuesday that they must be vaccinated against COVID-19 by Dec. 8 or get they could get fired.

An internal message sent out said there are limited exemptions to the request. These include a “sincerely held religious belief" or disabilities. Even with an exemption, employees are required to undergo frequent testing for COVID-19.

“Compliance with these requirements is a condition of employment,” states a Boeing internal presentation, according to The Seattle Times. “Employees who are unable to meet these requirements, and do not have an approved accommodation, by December 8 may be released from the company.”

Approximately 125,000 employees in the U.S. will be impacted by the policy, said the outlet.

Boeing said in an internal presentation that the policy is necessary to comply with President Joe Biden’s executive orders mandating COVID-19 vaccination for all employees of companies that are contractors and subcontractors of the government.

Already, many large businesses in other industries, including Walmart, Ford Microsoft, Google, and Facebook have instituted vaccine mandates.

Jon Holden, president of International Association of Machinists District 751, said that his union must also defend “those who can’t or won’t accept the vaccine,” because it represents all union members. Holden said he expects an “uphill battle” on the issue

Republican-controlled states such as Texas are actively opposing Biden’s mandate. Texas Gov. Greg Abbott Monday issued an executive order barring private companies such as Boeing or any other entity from requiring vaccines.

Apart from 5,000 employees in Texas, Boeing has 32,000 more at facilities in Alabama, Arizona, Missouri, Oklahoma and South Carolina, conservative states with some resistance to vaccine mandates.

Society of Professional Engineering Employees in Aerospace, another union for Boeing employees, said in a statement Tuesday, “We are encouraged that the vast majority of members we are hearing from are vaccinated.” It also said it would help members seeking exemptions.