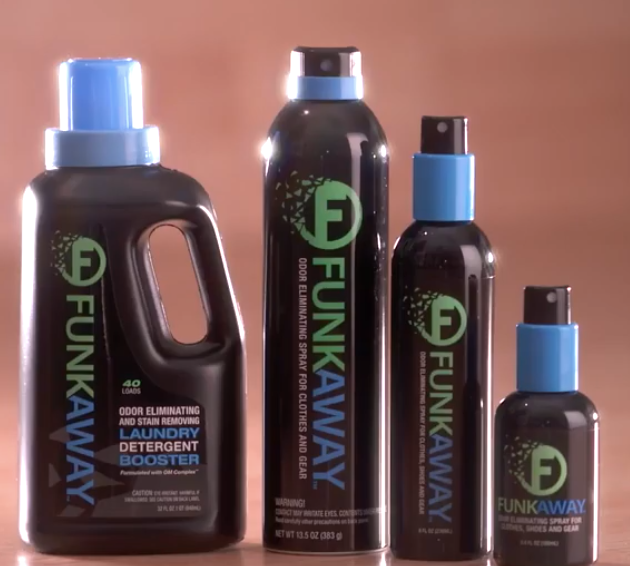 (WBBM NEWSRADIO) — Got a funky odor? A north suburban company may be able to help, WBBM Newsradio’s Bernie Tafoya reports.

According to partner and “Chief Funk Officer” Tim Bennett, the two had been looking to eliminate odor from heavily used sports equipment.

“They started researching products and fragrances and formulas and came upon a compound called OM Complex,” he said.

This became the key ingredient for various FunkAway products.

Owners soon found out athletes and coaches weren’t the only people who would use them.

The company also has heard from police, who use FunkAway to eliminate bad smells from their bullet-proof vests and construction workers who use it for their work boots.

Marketing Manager and partner Jude Rake Rake said the product is now at nearly 4,000 Walmarts and on Amazon.

“We were growing, we were doing well, but Walmart really lifted us off,” Rake said.