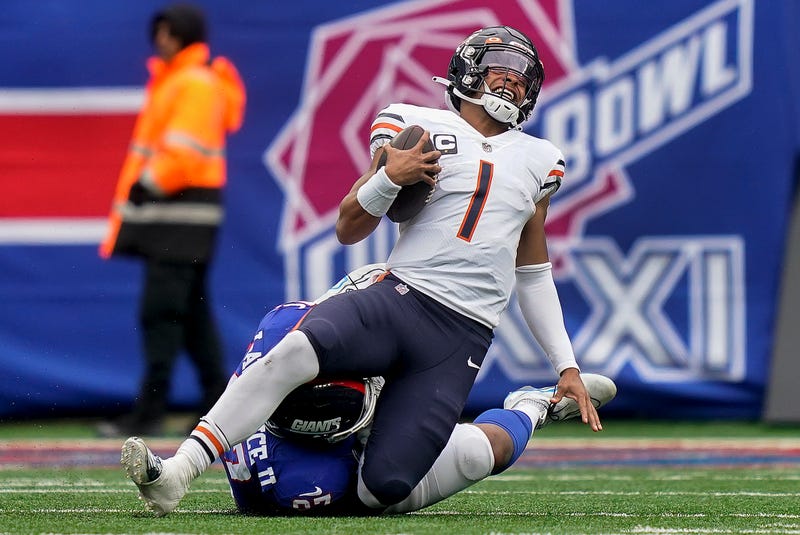 EAST RUTHERFORD, N.J. (AP) — With Daniel Jones limited by an ankle injury and backup Tyrod Taylor down with a concussion midway through the fourth quarter, New York Giants rookie coach Brian Daboll reached for his grease board and went to work.

Jones ran for two first-half touchdowns before his injury, and Saquon Barkley capped a 146-yard rushing effort by running a last-resort wildcat offense in leading the Giants to a 20-12 victory over the Chicago Bears on Sunday.

"I just think that's what you do in a leadership position," Daboll said after the Giants improved to 3-1, their best start since 2011. "You don't panic. You try to stay composed. You try to give people a plan that they can go out and execute and believe in when they need to do it."

Daboll said the Giants had some three-back calls in the game plan, but he and offensive line coach Bobby Johnson showed the players a couple of add-ons to get them through the final seven minutes.

Jones lined up as a receiver on most of those plays just so he could hear the calls in his helmet and relay the plays to the offense. Barkley did the rest taking the direct snaps from Jon Feliciano, who centered a line that helped the Giants rush for 262 yards.

Barkley said the Giants have practiced the wildcat, and showed it against Carolina.

"I mean, you don't want to be in that situation," he said. "But the way that the coaches reacted in drawing it up, it felt like you're back as a little kid in the backyard playing football."

Jones had scored on runs of 21 and 8 yards in the first half and Graham Gano kicked field goals of 44 and 43 yards for New York.

Michael Badgley kicked four field goals for the Bears (2-2) while filling in for Cairo Santos, who missed the game for personal reasons.

"When the other team scores touchdowns and we kick field goals, typically that's not good," Bears coach Matt Eberflus said. "We've got to make sure we handle that in terms of our scoring efficiency on offense in the red zone. Turn some of those threes into sevens. That's going to be big going forward."

Jones and backup Tyrod Taylor were injured in a roughly 10-minute span in the second half. Jones (8 of 13 for 71 yards and 68 yards rushing) was hurt when he was sacked by Jaquan Brisker late in the third quarter. Taylor sustained a concussion after scrambling for a first down with 8:35 to go.

"Obviously, you want to play and you want to be out there with your teammates at the end of the game where we're fighting and trying to win," Jones said. "I thought guys stepped up and played great to finish off the game."

Jones finished the series, which Gano ended with a 44-yarder for a 17-12 lead, and Barkley ran the direct-snap offense that Gano finished with his 43-yarder with 5:34 to go. Jones was on the field and lined up as a receiver on those plays and he took the snaps on some of the final series for handoffs.

Chicago had a chance late, but Velus Jones Jr. fumbled a punt at his own 35 and Gary Brightwell recovered with 2:13 to play. The Bears got the ball back at their own 27 with 17 seconds to play, but the game ended with a final play that included about 10 laterals.

Justin Fields was 10 of 21 for 163 yards, ran for 52 yards and was sacked five times. Khalil Herbert had 77 yards rushing as the Bears lost to the Giants for the first time in four games.

Coming off an excellent game against the Cowboys, Jones scored on runs of 21 and 8 yards to give the Giants a 14-6 halftime lead. The TDs were the team's first in the opening 30 minutes this season.

With Santos out, Badgley was signed to the practice squad and then promoted to the active roster. Badgley hit from 29, 22, 40 and 35 yards.

Santos had made all four of his field goal attempts this season, including a winning 30-yarder against Houston last Sunday.

Badgley made 18 of 22 field goal attempts in 13 games with the Colts and Titans last season.

Bears: LG Cody Whitehair left in the first half with a knee injury.

Bears: Face the Vikings in Minnesota in their second straight road game.

Giants: Cross the Atlantic Ocean to face the Packers in London. 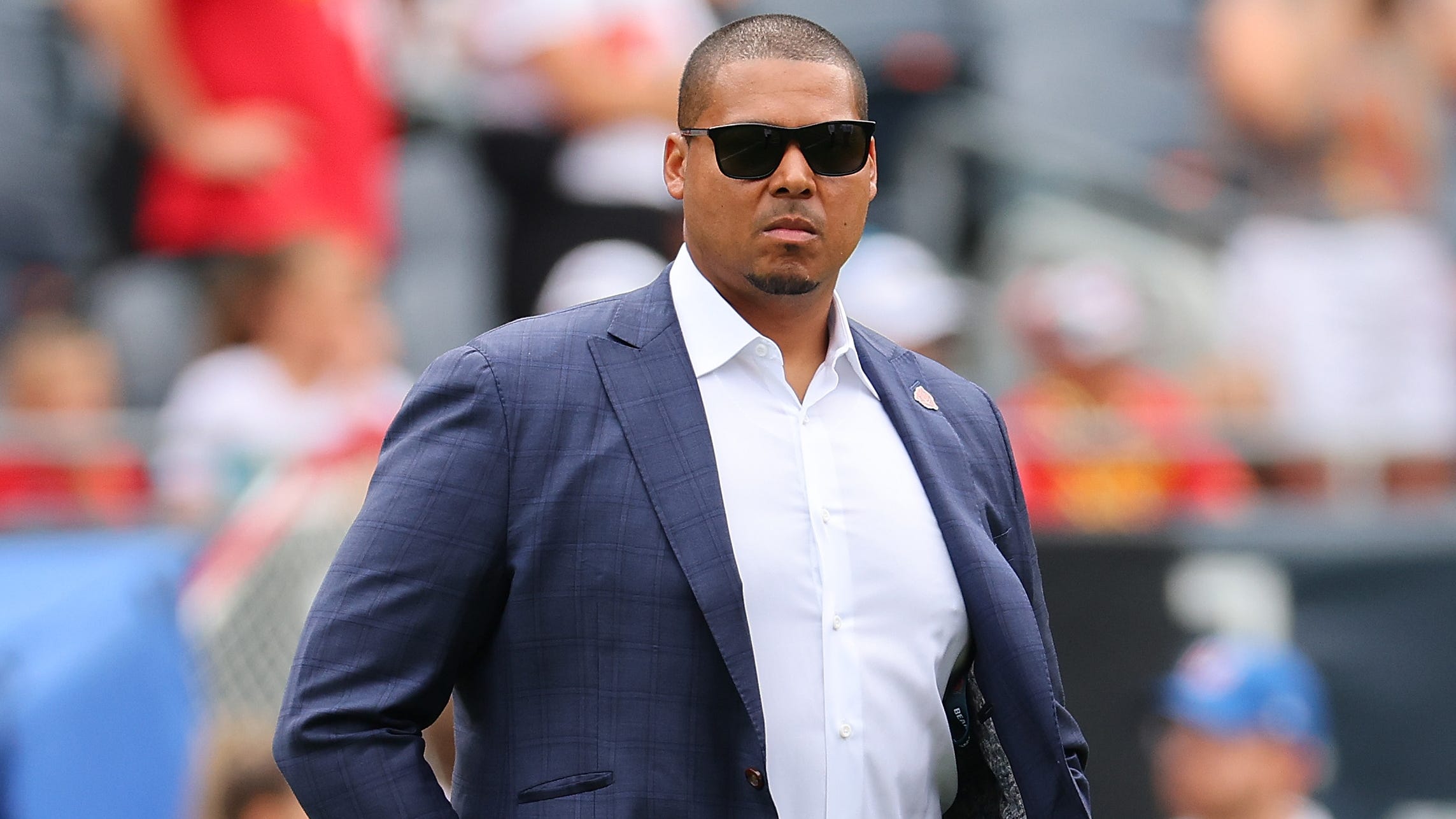 Ellis: Maybe it's time to revisit some of Ryan Poles' draft decisions 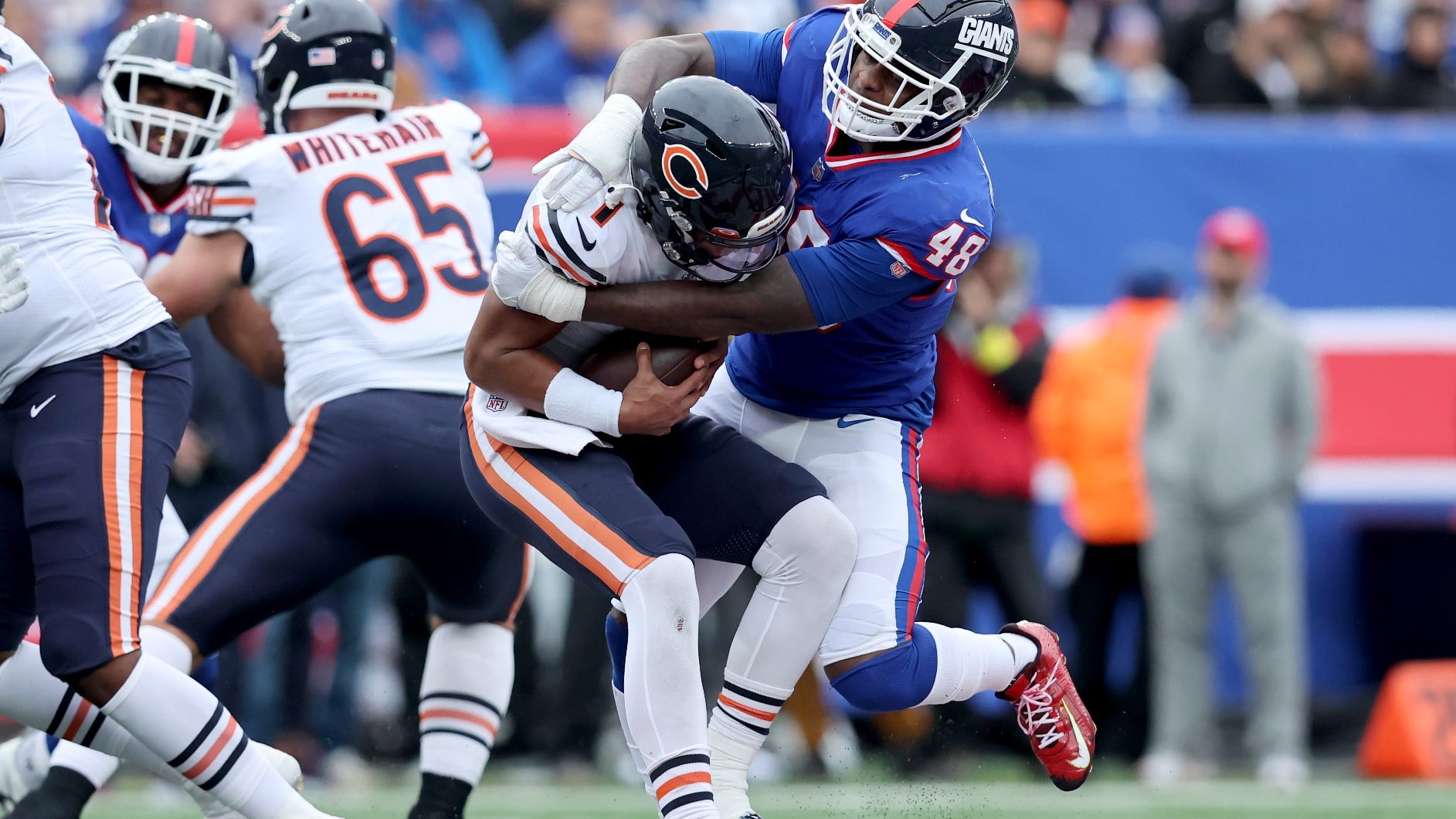