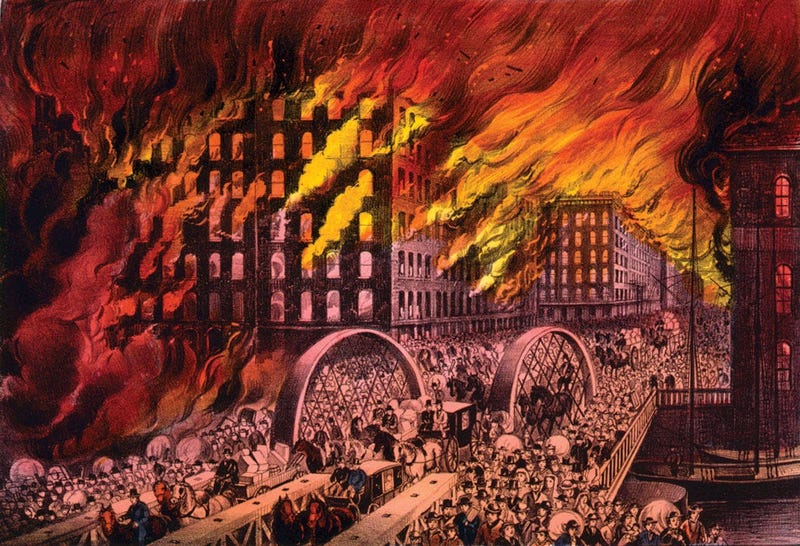 (WBBM NEWSRADIO) — This week marks the 150th anniversary of the Great Chicago Fire. All week long, WBBM takes a look back at the conflagration that burned the city and reshaped it.

For years, the prevailing wisdom was that Mrs. O’Leary’s cow knocked over a lantern in a barn on Oct. 8, 1871, with things going downhill from there. Others have pinned the blame on Daniel “Peg Leg” Sullivan, who helped sound the initial alarm.

“You never let truth get in the way of a good story,” Larry Langford, the Chicago Fire Department’s head of media affairs, said of all the stories.

The definitive answer is lost to time, but historians today are less likely to accuse the O’Leary family. 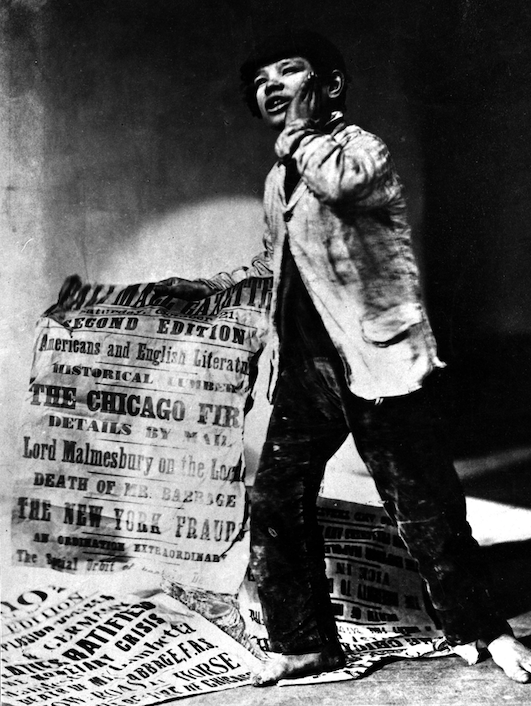 “What historians believe today is that, yes, the fire started somewhere near their home, which is a little bit south and west of the Loop,” said Paul Durica, director of exhibitions at Chicago's Newberry Library.

The legend about Mrs. O’Leary is rooted in biases of the time, said Julius L. Jones, lead curator for the Chicago History Museum's exhibition "City on Fire, Chicago 1871.”

“In a lot of ways, she’s sort of a stand-in for a group of people who were being blamed for all of the city’s ills,” Jones said of O’Leary.

Says Durica: “The O’Leary’s were working-class immigrant people, and they get branded as instigators of this disaster that wipes out the city.”