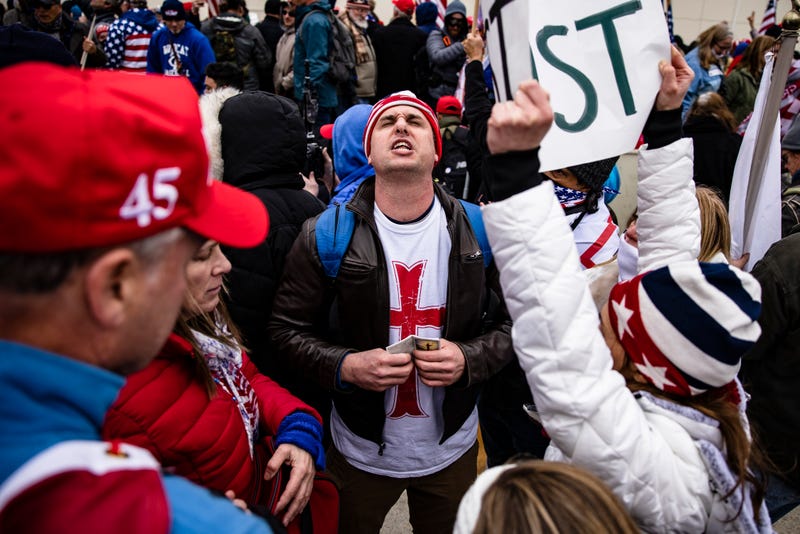 CHICAGO (WBBM NEWSRADIO) -- Faculty, staff and administrators at evangelical Wheaton College have weighed in on the use of Christian symbols last week by insurrectionists in the nation’s capital.

Rioters at the U.S. Capitol wore crosses and waved bibles, and the people at Wheaton College and condemning that and the insurrection itself. The faculty and staff released a statement, and the school released a separate statement.

The faculty and staff statement was more pointed, saying ""The January 6 attack on the Capitol was characterized not only by vicious lies, deplorable violence, white supremacy, white nationalism, and wicked leadership -- especially by President Trump -- but also by idolatrous and blasphemous abuses of Christian symbols.

"The behaviors that many participants celebrated in Jesus’ name bear absolutely no resemblance to the Christian teachings or ethics that we submit to as faculty and staff of Wheaton College," the statement said.

It goes on to contrast the way some Capitol police the kid glove treatment to the way protesters were treated during police brutality demonstrations over the summer.

"Furthermore, the differential treatment displayed by those with a duty to protect in their engagement with rioters who trespassed on the Capitol grounds illegally, when compared to recent protests over police brutality in D.C. last summer, illustrates the ongoing reality that systemic racism in our country is tragically and undeniably alive and well. These realities are reprehensible. Our Christian faith demands shining a light on these evils and the simultaneous commitment to take appropriate action," the statement said.

The statement does not leave evangelicals off the hook.

"In the days and weeks preceding January 6, many more leaders, including many evangelical leaders, could have spoken truth to the disillusioned supporters of President Trump—diminishing the prospects for violence and bolstering the witness of Christian love and the call for justice in our civic life. Some did. However, many wittingly propagated lies, or were unduly silent in a just cause. Our Christian faith demands greater courage," the statement said. 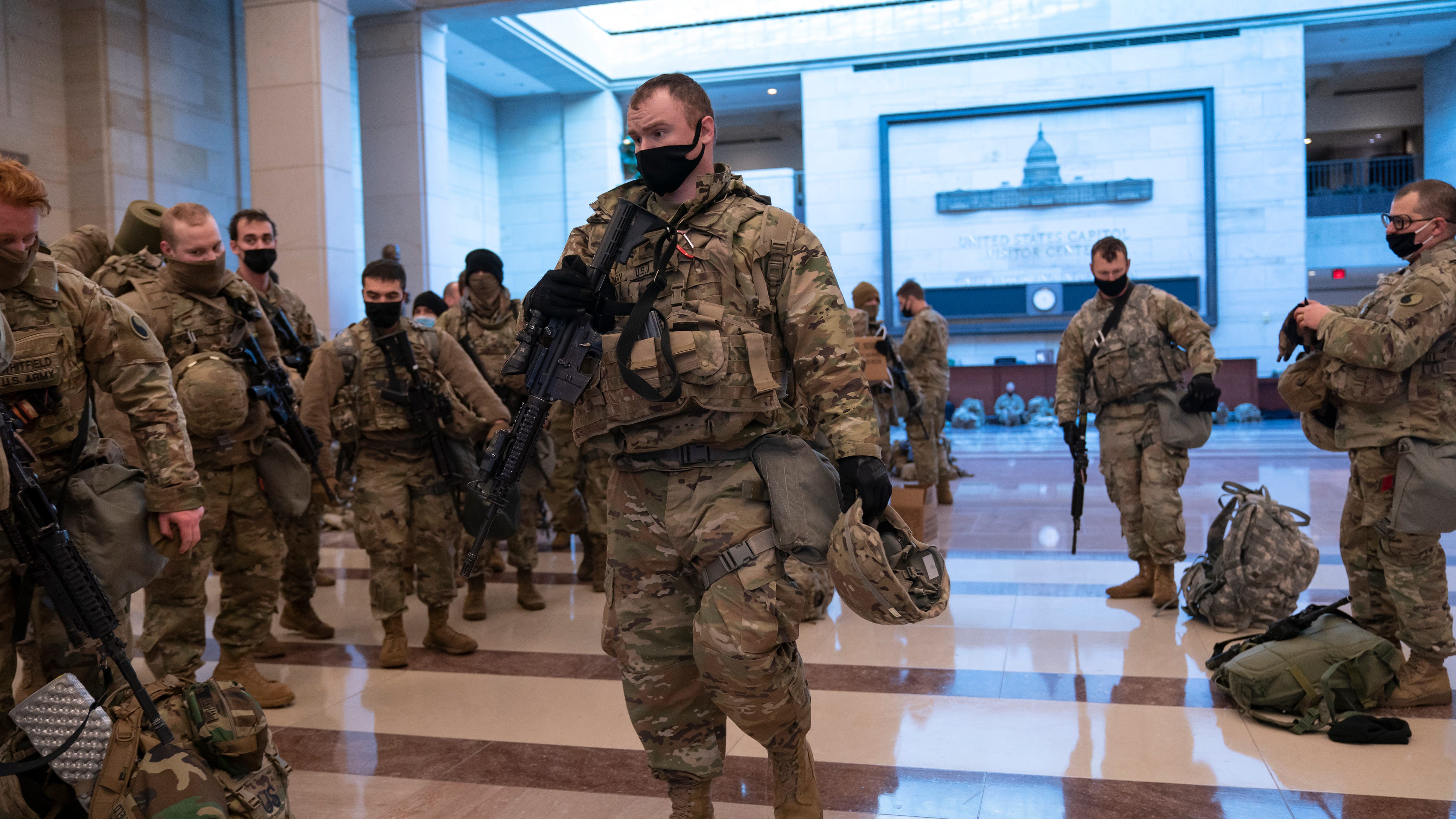 Trump on verge of 2nd impeachment after Capitol siege

The faculty and staff repent their own failures to speak out.

"We repent of our own failures to speak and to act in accordance with justice, and we lament the failures of the Church to teach clearly and to exercise adequate church discipline in these areas. Moreover, we grieve over the inadequate level of discipleship that has made room for this type of behavior among those who self-identify as Christian. We pray that the Holy Spirit will reveal to us all manner of idolatry, and we commit to speaking plainly against it wherever and whenever we find it. We commit ourselves to a more faithful witness in our callings as the faculty and staff of Wheaton College, and will work diligently to provide ample opportunities to show students, as well as the larger Wheaton College and Christian community, how to practice discernment in civic engagement, to demonstrate the connections between love and justice, and to courageously communicate the truth—even and especially when the truth is difficult to hear," the faculty and staff statement said.

The statement concludes with "We pray that, in so doing, we will fulfill the Lord’s requirement of us: “To do justice, to love mercy, and to walk humbly before our God” (Micah 6:8)."

Wheaton faculty members said they started drafting the statement before they were made aware of a formal statement by the college. 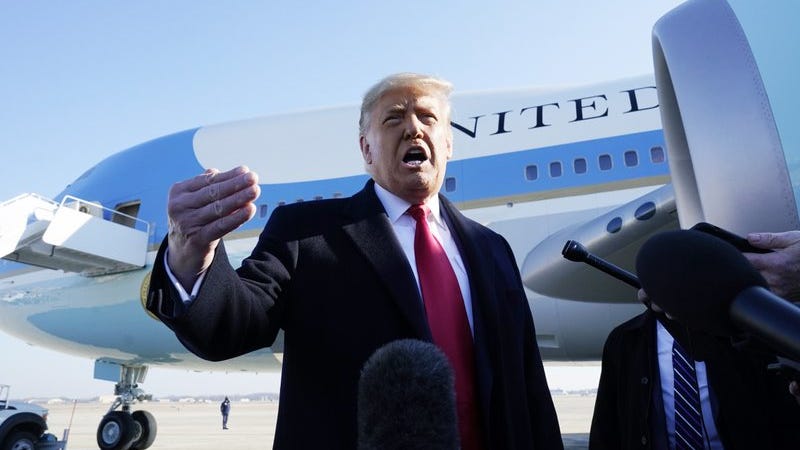 Trump takes no responsibility for riot as he heads to Texas Fury at the shaken Capitol over the attack, security, virus

Read Wheaton College's statement regarding the attack on United States Capitol below:

Wheaton College joins citizens across the United States and the evangelical community in decrying the violent attack on democracy we witnessed this past week in Washington, D.C. and lamenting the way perpetrators used the name of Jesus to promote violence, display racist symbols, and attack our nation’s leaders. We also call our community to fast and pray with other Christians for the healing of our nation during what ought to be a peaceful transition of power to a new presidential administration.

We pray for all among us who are deeply grieved and unsettled by these events. May the Holy Spirit strengthen our evangelical witness for Jesus Christ as we seek to shape future Christian leaders who demonstrate love, compassion, and truth. These events serve as a reminder of the importance of our ongoing commitment to the educational mission of building up the church and benefitting society, especially in preparing our students to address the challenges of living in a divided world.