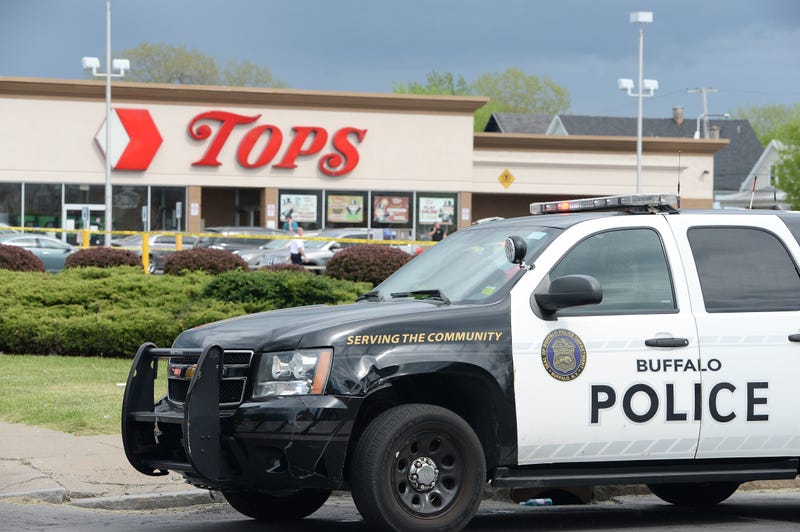 BUFFALO, NY - MAY 14: Buffalo Police on scene at a Tops Friendly Market on May 14, 2022 in Buffalo, New York. Photo credit John Normile/Getty Images
By Terry Keshner

(WBBM NEWSRADIO) - The recent deadly shooting in Buffalo, New York shines more light on the access to guns, but also on mental illness and on the rise in white nationalism.

"Mental illness is not a consistent predictor of extremist involvement and engagement and even in mass violence. With that said, there is an association between people who are in a state of some psychological distress. So oftentimes people who are attracted to those ideologies are people who exist kind of on social margins, so we see this with school shooters, workplace shooters," said Dr. Christine Reyna, professor of psychology at DePaul University.

She also believes the changing face of America can be a trigger.

"The majority of whites in America actually see a lot of these changes as positive. There are many white people in America who see demographic change in a positive way, they view as immigration as contributing to the economy which is economically accurate," noted Reyna

But Professor Reyna says a few see it differently.

"There really is just this very fringe group of people. And what I'm finding in my research is they are often people who have these marginalized social statuses and they put an outsized emphasis on their white identity. And I think for people in that camp who really are very attached to those identities, seeing change can be very frightening.

“Ideologies that used to be extremely fringe are becoming more mainstream, like replacement theory which is a racist conspiracy theory, we're seeing it talked about on mainstream media. That's worrying.

"I think that in many ways our country is moving in a positive direction on a lot of levels, but at the same time, I think that opportunities for radicalization are becoming broader and sadly more mainstream in many ways," said Reyes.