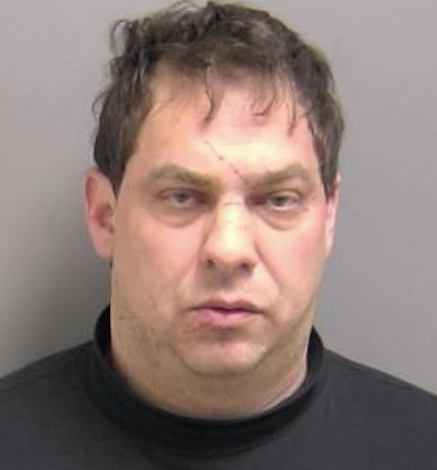 A K-9 and an airborne drone are credited with flushing a suspected drunken hit-and-run driver from a wooded area in suburban Cook County last week.

Patrick Marsala, 46, of Homer Glen on Thursday evening rear-ended a vehicle stopped at a red light at 159th and Will Cook Road, Orland Park Police reported. A witness told a responding officer Marsala left his own vehicle at the scene and “stumbled” into a nearby woods.

More police arrived, and one of the officers deployed a drone with night-vision capabilities. The department’s K-9, Maverick, entered the woods to go after the motorist, police said.

The drone operator was able to zero in on someone hiding in the woods. Marsala exited the woods several minutes later and was taken into custody, police said.

The motorist reportedly had an empty holster on his person. Maverick retraced his route though the woods and directed officers to a loaded handgun and car keys, police said.

A driver that Marsala allegedly rear-ended was transported to the hospital with non-life-threatening injuries.

Marsala faces a variety of charges that include aggravated unlawful use of a weapon; leaving the scene of an accident with injuries; driving under the influence and operating an uninsured vehicle.

Over the weekend, a Cook County judge imposed a $25,000 bail on Marsala. No further information was available from Orland Park Police.