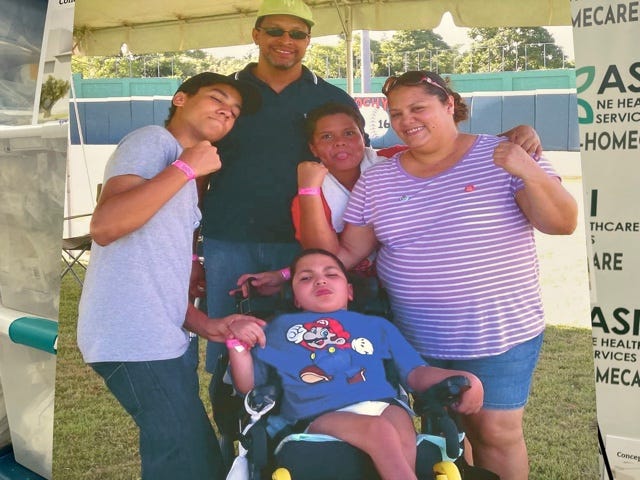 Dylan Pantoja passed away in 2019, but his equipment has been donated to help other children with special needs. Photo credit Lisa Fielding
By Lisa Fielding

(WBBM NEWSRADIO) — Dylan Pantoja was born in Puerto Rico and was given just six months to live.

"Throughout his life, Dylan was happy. We made sure he enjoyed life any other child could," said Itza Pantoja, Dylan's mother.

Dylan, who grew up in San Antonio, Texas, died at the age of 16.

"He passed away in 2019. His organs gave out. I would say they were exhausted from all his medical conditions,” the mother said.

On Tuesday, what would've been his 18th birthday, the Pantojas traveled thousands of miles to Chicago to donate thousands of dollars worth of medical equipment for the city's neediest families. 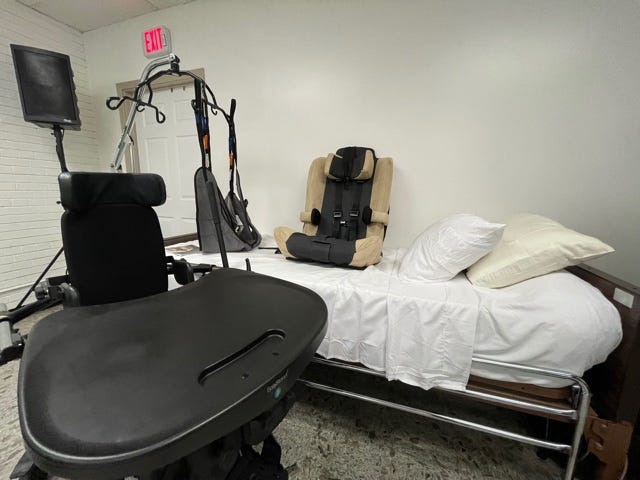 Some of the equipment donated by the Pantoja family. Photo credit Lisa Fielding

"When you have a child like Dylan, you  need a lot of medical supplies to keep him alive, to give him the quality of life he needs,” she said. “We did receive some help from the government, but it's based on income. The rest we had to make do and buy it.”

Wheelchairs, special beds, catheters, feeding pumps, humidifiers, nebulizers, tracheotomy tubes, diapers, dressings, gauze and more -- basically boxes and boxes of equipment that Dylan never got a chance to use -- are now being given to others in need.

"These are things children like Dylan need to just have a normal life,” Pantoja said.

One of the recipients is the Aguilar family from Chicago's Northwest Side.

Eleven-year-old Felipe was born with cerebral palsy and is a quadriplegic.

"As a mother, you wish you could give your child everything they need as soon as it's needed, but to beg for help over an over is exhausting,” mother Corinna Aguilar said. “The generous donation from the Pantoja family is so much. It's not just to make Felipe's life a bit easier, it's a show of kindness and solidarity mourning the loss of their own little one.” 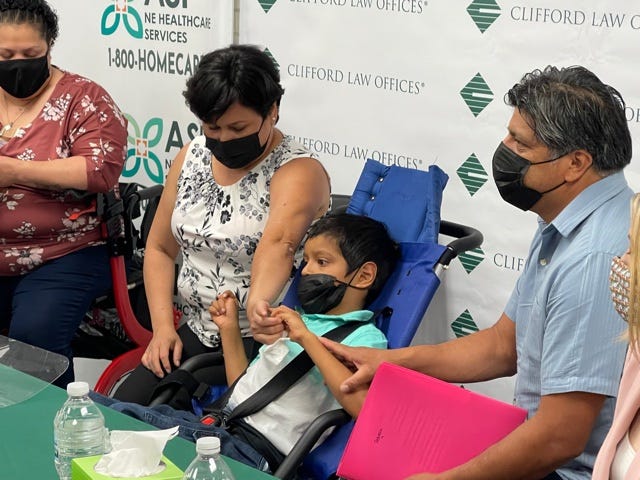 The Pantoja family could not find an organization to donate the equipment for physically challenged children in their Texas community. So, they contacted Clifford Law Offices in Chicago, which connected them with ASI.

The non-profit agency for decades has been helping persons with disabilities, particularly in the Hispanic community, with home care, employment and training services.

"We heard about this family in San Antonio who lost their loving son and who wanted to give back to a community in need. The Aguilars are a family in need of this important equipment,” Erin Clifford said.

"I know little Dylan is looking down from heaven and smiling on all of us on his birthday today,” Corinna Aguilar said. 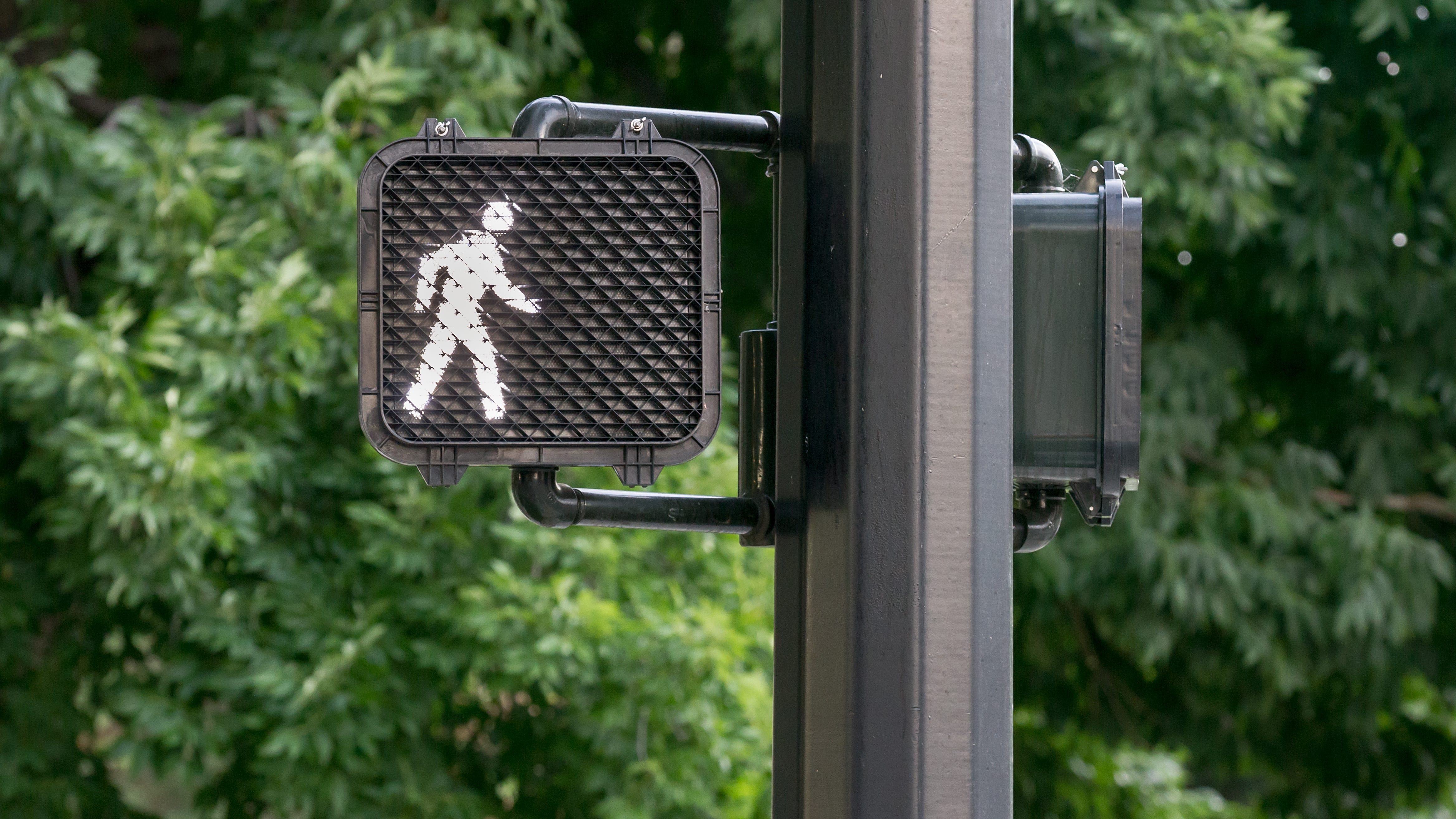