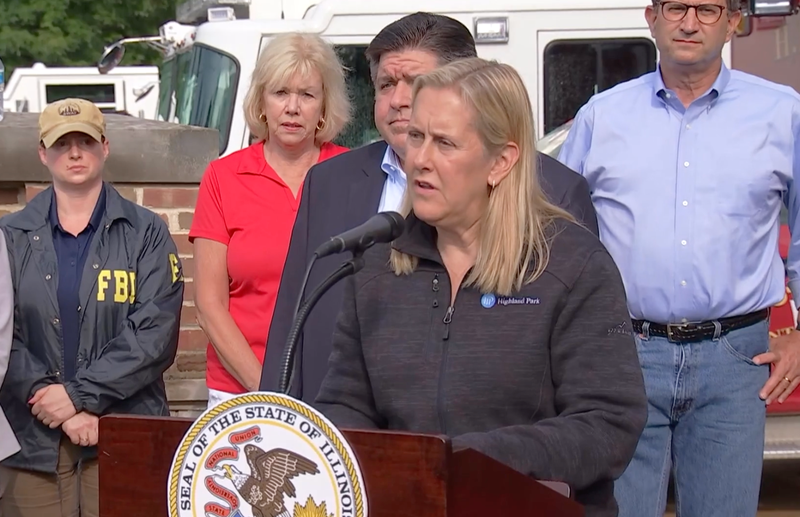 In her remarks, Rotering said Monday was the “bloodiest day” they have experienced in Highland Park.

“Our community, like so many before us, is devastated,” Rotering said. “It’s impossible to imagine the pain of this kind of tragedy until you’re confronted with it.”

Rotering said gun violence and mass shootings cast “a much wider net of agony than what the public is typically exposed to.”

Pritzker said the state of Illinois grieves with the families of Highland Park.

“There are no words for the kind of evil that shows up at a public celebration of freedom, hides on a roof, and shoots innocent people with an assault rifle,” Pritzker said. “It is devastating that a celebration of America was ripped apart by our uniquely American plague.”

The Illinois governor added that there is no better day to talk about gun reform than right now. Sen. Tammy Duckworth echoed that sentiment in her remarks.

“I was just on the phone with Sen. Durbin … He and I, recently in the Senate, proved that bipartisan gun compromise on gun safety is possible,” Duckworth said. “Today, we have seen that we can’t just stop there.”

Duckworth, who served in Iraq before she was elected to public office, said the audio she heard from Monday’s mass shooting reminded her of her time in the military.

“Let me tell you, the last time I heard a weapon with that capacity firing that rapidly — on the Fourth of July — was in Iraq,” Duckworth said.

Each elected official pledged their support to Highland Park and Mayor Rotering, who ended her remarks with a message to her community. 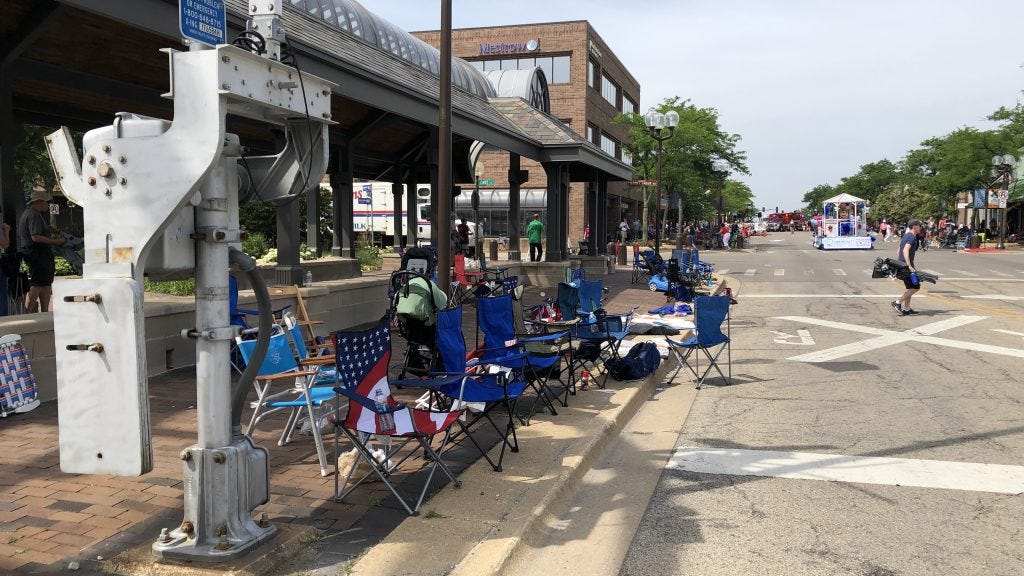 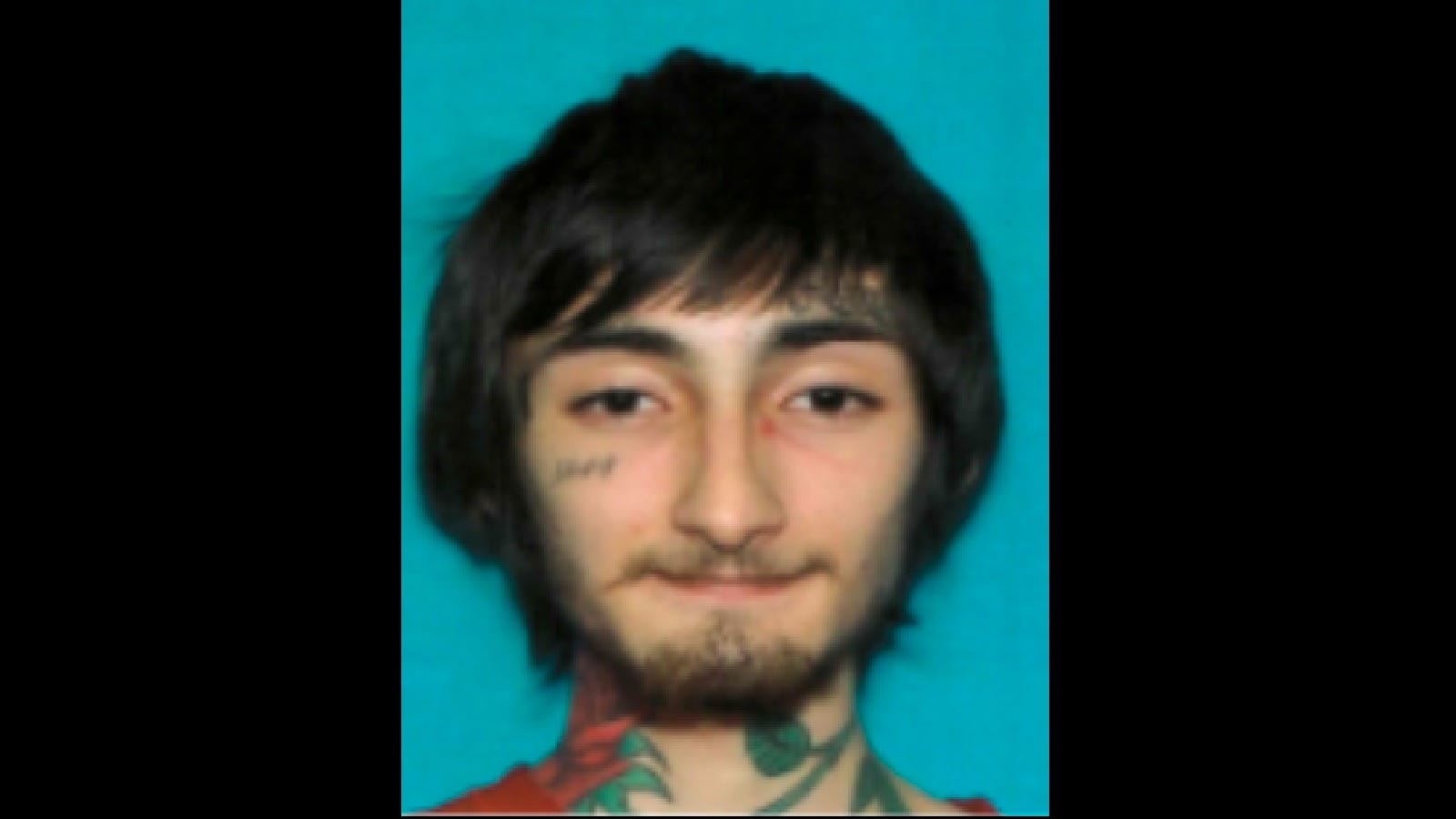