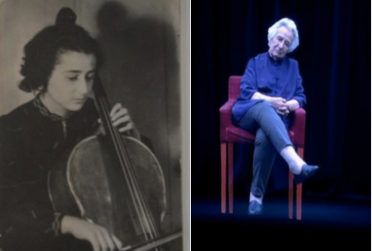 (WBBM NEWSRADIO) — A new exhibit at the Illinois Holocaust Museum in Skokie tells the story of a woman whose life was saved because of her musical talent.

Anita Lasker Wallfisch was sent to Auschwitz at age 18. Because she played the cello, she was put into the women’s orchestra at the camp.

Kelley Szany, vice president of education and exhibits for the museum, on Friday said Wallfisch answers questions and tells her story through an interactive hologram.

Playing music for the other prisoners was an escape for everyone, Szany said: To the audience it was a brief distraction from their horrific surroundings, and for Wallfisch it meant she wasn’t sent to the gas chambers.

Before she was sent to the camps, Wallfisch was imprisoned for trying to help French prisoners of war.

She is 95 years old and living in London, where she helped found the English Chamber Orchestra.