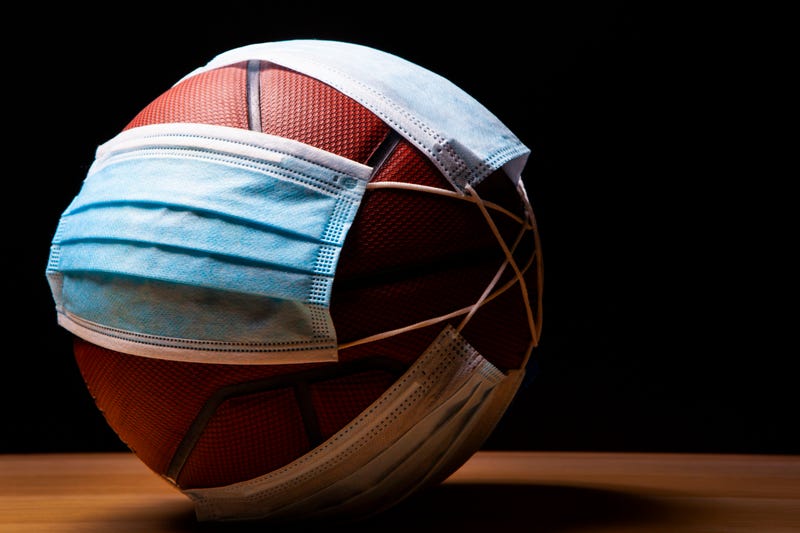 CHICAGO (WBBM NEWSRADIO) -- It’s a major decision-making day Wednesday for the Illinois High School Association board. The IHSA will be setting sports schedules for the rest of the school year.

Because of COVID-19 test positivity rate restrictions, high school sports in Illinois have been in limbo.

The Illinois High School Association board of directors are scheduled to meet Wednesday to create a new sports activity calendar to guide high school sports' seasons through the remainder of this school year.

The IHSA board will vote on a second version of its modified sports calendar, as return to play is likely to resume in early February.

The original modified calendar drawn up by the IHSA at the start of the 2020-21 school year moved football to spring and wrestling to summer, giving contact sports the best opportunity to be played under the mitigations that were in place at that time.

But since Tier 3 mitigations were enacted Nov. 20 throughout the state of Illinois, the winter sports season was put on hold - including boys and girls basketball, boys swimming and diving, girls bowling, competitive cheerleading, and competitive dance.

The winter season postponement could create potential conflicts in the existing modified calendar; therefore IHSA hopes to create a new version and be able to fit both winter and spring sports seasons between February and the end of June. However, using a Feb. 1 start date for competitions, will make it tough for 24 sports to be played in what amounts to roughly 21 to 22 weeks, with the end of the 2020-21 season being June 26. It could mean the number of games are reduced for each sports' seasons.

Restrictions on youth sports have been easing over the past two weeks under the state’s new resurgence criteria. The Illinois Department of Public Health announced Friday updated sports guidance for all youth and adult recreational sports under the Restore Illinois plan. The updated sports guidance outlines the level of play allowed for all sports under Illinois' Phase 4, Tier 1, Tier 2, and Tier 3 mitigations. The guidance outlines when only trainings are permitted, versus when intra-conference play may be allowed; and then at the highest level when tournaments and championship games across leagues can be played.

The state requires a certain number of practices before seasons can begin. The number varies with the sports — 14 for football, 12 for basketball, seven for other sports.

Tier 1 regions can have contests for low-risk sports, but can only scrimmage in high-risk sports.

The IHSA said that practices could begin for out-of-season sports on Monday in those regions with relaxed mitigations and with local school district approval. IHSA approves plan for winter sports to continue; schedules may be set Jan. 27