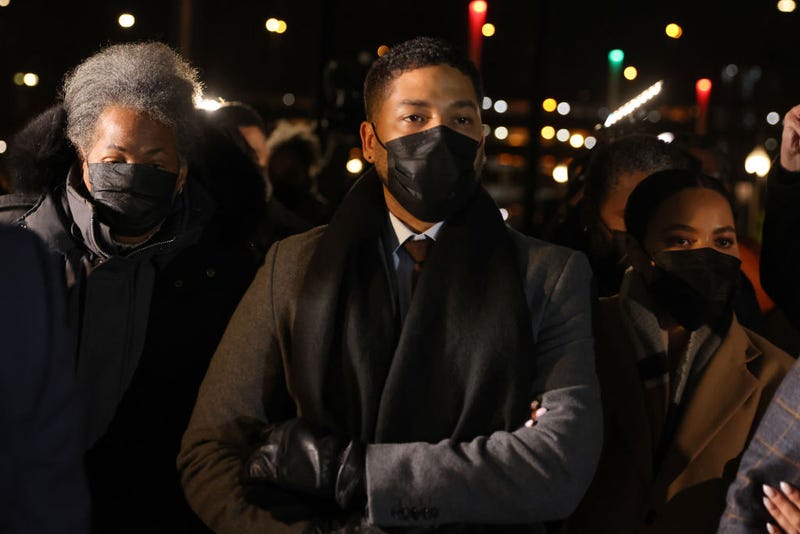 Former "Empire" actor Jussie Smollett arrives at the Leighton Criminal Courts Building to hear the verdict in his trial on December 9, 2021 in Chicago, Illinois. Smollett was accused of lying to police when he reported that two masked men physically attacked him, yelling racist and anti-gay remarks near his Chicago home in 2019. Smollett was found guilty in five of the six counts against him. Photo credit Scott Olson/Getty Images
By Bernie Tafoya

CHICAGO (WBBM NEWSRADIO) -- Jussie Smollett next appears in criminal court in late January for a post-trial hearing after being convicted of lying about being the victim of a hate crime in Chicago nearly three years ago.

Jussie Smollett was found guilty of five of the six disorderly conduct charges against him. They are Class 4 felonies and would carry a prison sentence of up to three years; but experts believe Smollett is more likely to be put on probation and ordered to perform community service.

A sentencing date has not yet been set for Jussie Smollett.

Special prosecutor Dan Webb said the actor lied to Chicago police about being attacked by two Trump supporters, and then lied to the jury.

"For him to fake a hate crime, fake it, and then cause the police department to spend enormous efforts, taking them off homicide cases and putting them on this case, I thought that was bad conduct. I mean, it was not insignificant. I thought it was serious criminal misconduct," Webb said.

"Unfortunately, that’s not the route we wanted, but sometimes that’s the route you have to take to win, especially a case where we remain 100 percent confident in our client’s innocence," Uche said.

"We feel 100% confident that case will be won on appeal."

A jury found Smollett paid the Osundairo brothers to fake an attack on him where it could be recorded by surveillance video and would gain him publicity.

Their attorney, Gloria Rodriguez, said the brothers are happy with the guilty verdicts.

"The question is, how did Ola and Bola react to their name being dragged in the mud? It doesn’t feel good," she said. 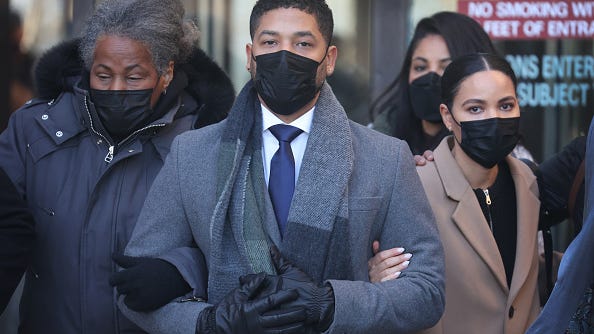