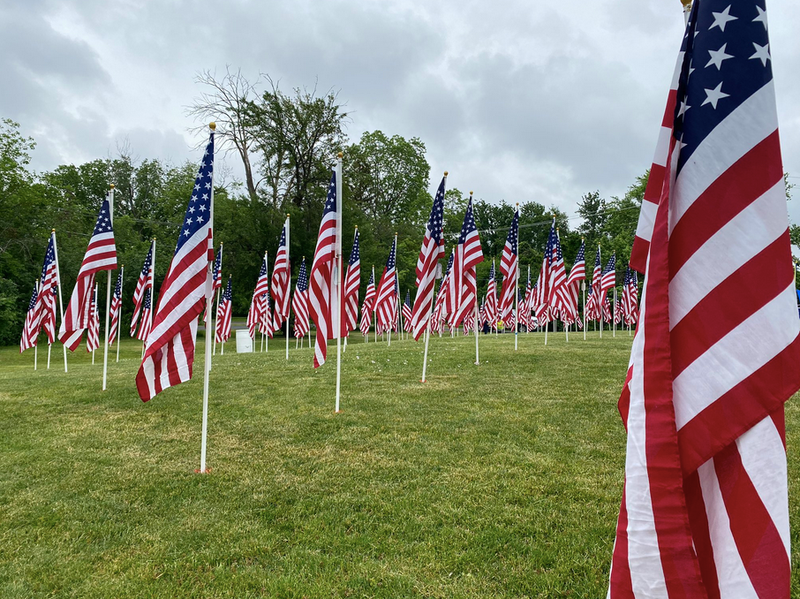 (WBBM Newsradio) -- It’s a year of firsts for Operation Support Our Troops' Field of Honor.

It’s the first time the 500-flag display is at Denning Park in LaGrange, instead of Rotary Hill in Naperville.

After an incredibly challenging year, he said, it’s important to thank the healthcare workers, police officers and grocery workers who also served our country.

“It’s the same thing our troops are doing around the world. Keeping us safe, making those sacrifices, going in when it’s risky.”

A sponsored flag costs $40 and includes a dog tag with the name and occupation or military rank of an individual.

You can purchase a flag by visiting osotamerica.org

The Field of Honor event is open to the public daily and will be on display through June 14.