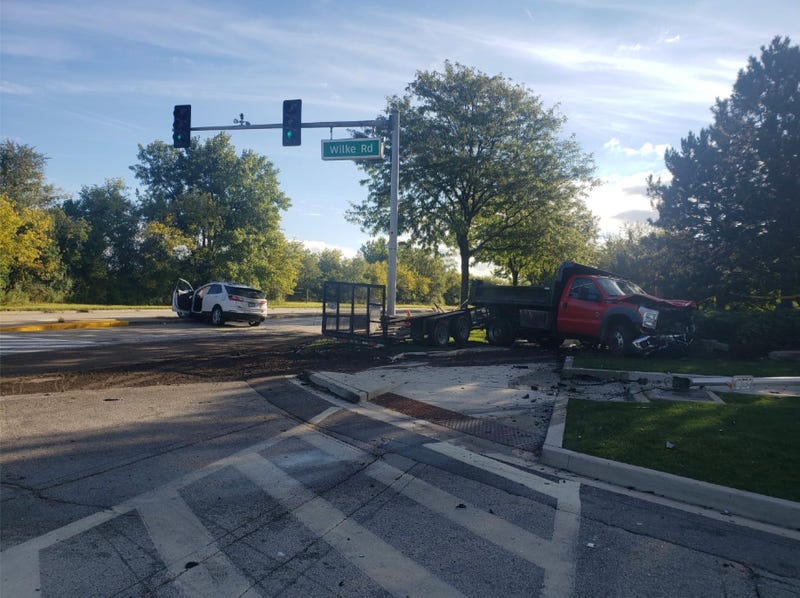 A woman was hospitalized with life-threatening injuries after she was struck by a vehicle involved in a crash along Lake Cook Road Thursday morning. Photo credit Arlington Heights Police Department
By WBBM Newsradio Staff

(WBBM NEWSRADIO) — A 45-year-old woman waiting to cross the street on her bike has died after she was struck by a landscaping truck in Arlington Heights on Lake Cook Road, police said.

The Cook County Medical Examiner's Office identified her as Sylwia Wagner Jarosz. She had been transported to Advocate Lutheran General Hospital with life-threatening injuries. Authorities said about 7:20 a.m., first responders from the Arlington Heights Police and Fire Departments were dispatched to a two-vehicle crash at Lake Cook and Wilke Roads.

Arlington Heights police said as a result of the crash, a Ford F-550 landscaping truck, with trailer in tow, jumped a curb before striking the cyclist. The driver of the F-550 and his passenger were uninjured in the crash.

The condition of the woman, from unincorporated Arlington Heights, is unknown, police said.

Palatine first responders transported the driver of the other vehicle to Northwest Community Hospital for treatment of non-life-threatening injuries.

Police said there was no evidence of impairment involved in the case. Authorities are diverting traffic around the scene of the crash, but motorists were encouraged to avoid Lake Cook Road between Route 53 and Arlington Heights Road until normal operation resumes. 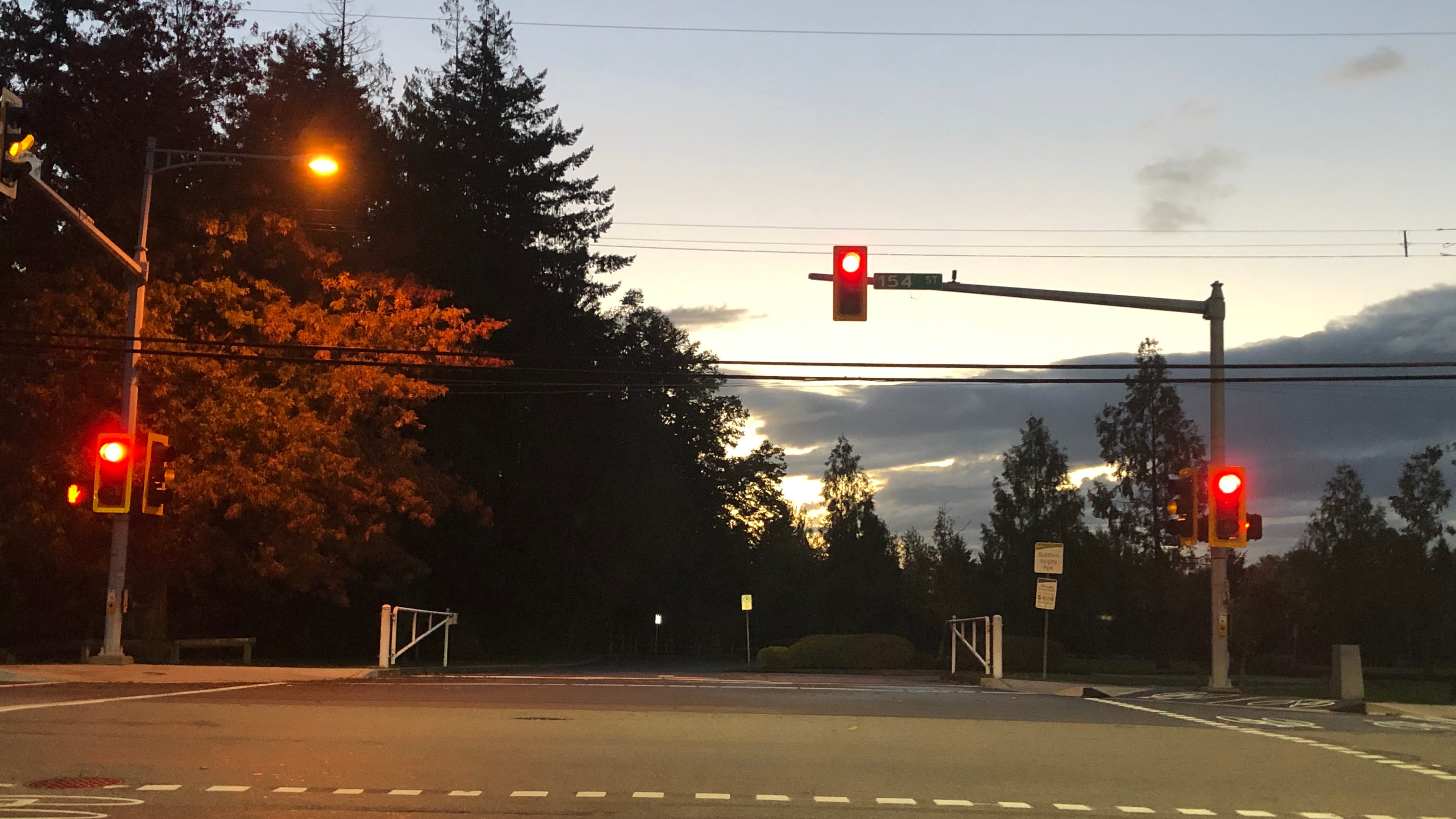 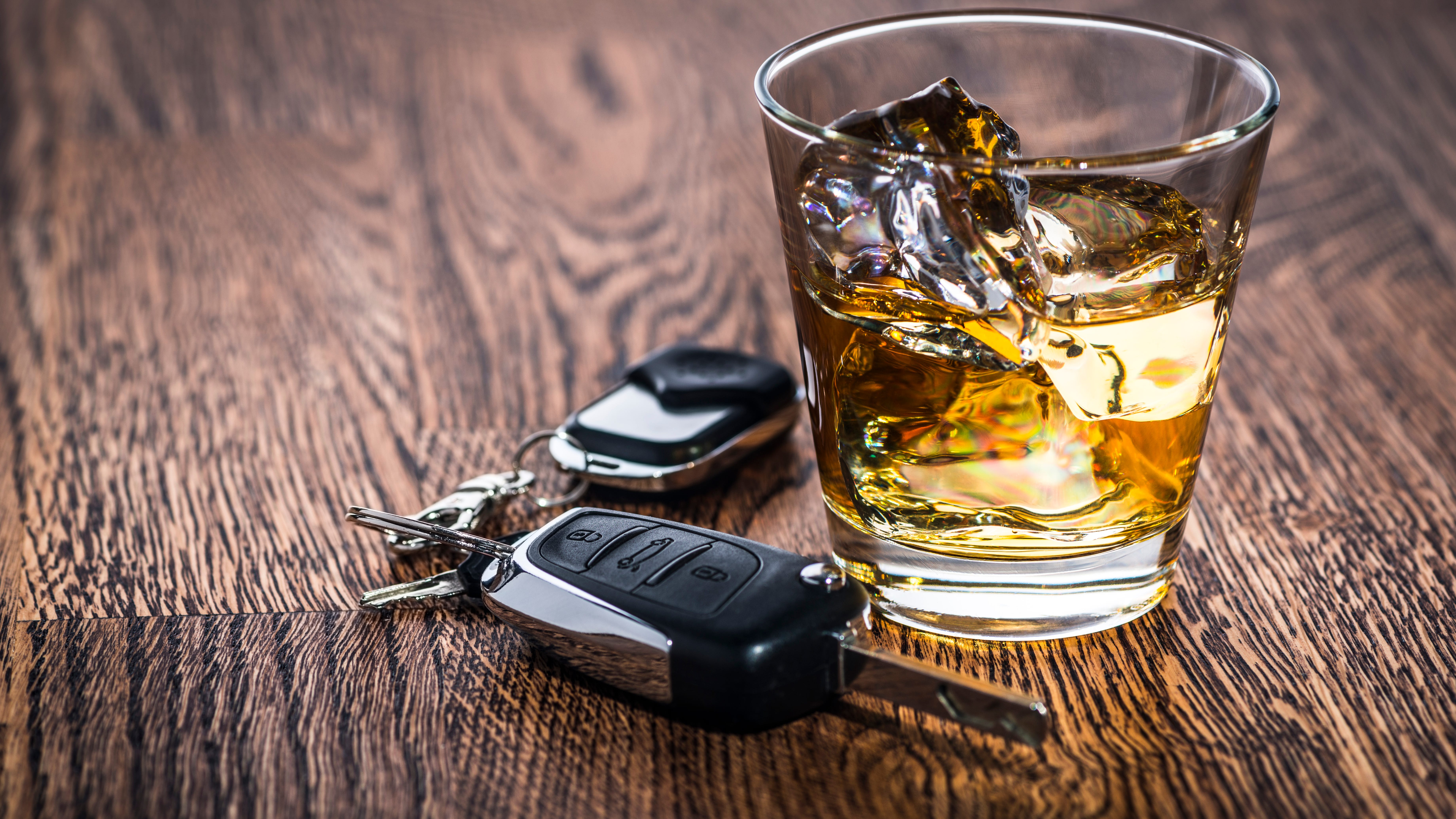