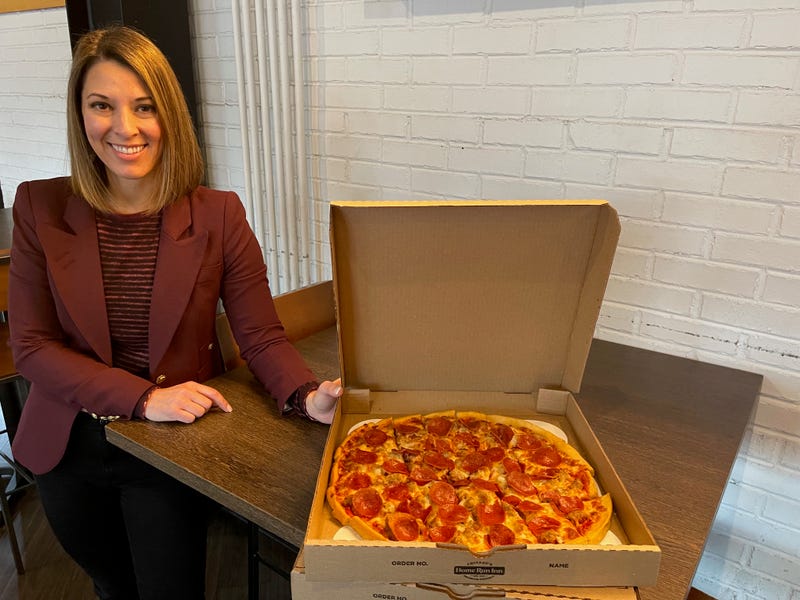 CHICAGO (WBBM NEWSRADIO) — For Gina Bolger, running a pizza business is in her DNA.

"I was probably 10 years old when I started washing glasses," Bolger, senior vice president of branding at Home Run Inn Pizza, told WBBM Newsradio. "When I was a teenager, I was hostess, food runner, bus tables and learned how to pinch our crust, you name it, I did it."

Her great-grandparents, Mary Grittani and Nick Perrino, opened the business in the 1920s. At first, it was a tavern at the corner of 31st Street and Kildare Avenue in the Little Village neighborhood.

The duo served pizza as a snack for customers while they enjoyed a cold beer. When a home run from a nearby baseball game was hit through the tavern’s window, they decided to rename the tavern Home Run Inn.

"A bit later in the 40s, they came up with the idea to put out pizza on the counter, kinda the same way we use pretzels or popcorn. Pizza was their thing, their original recipe from Bari, Italy,” Bolger said. 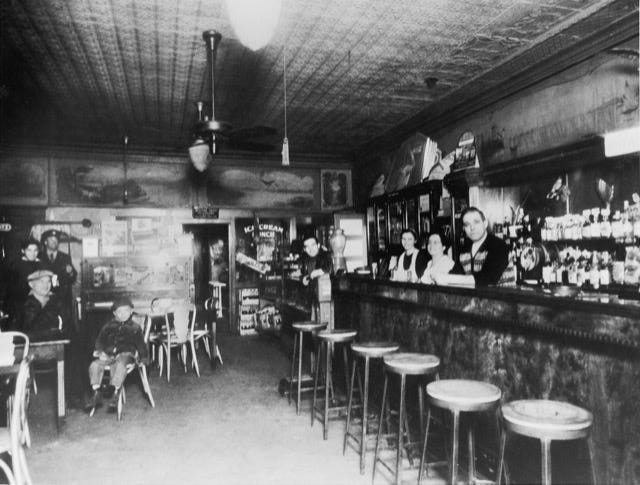 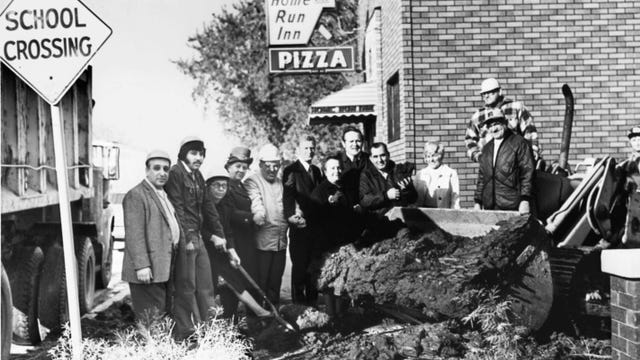 Made in Chicago: Home Run Inn

Patrons soon asked for the homemade pizza more then the cocktails.

"So in 1947, they started to charge for pizza. The crust is what we're known for. That's where it all started-at the tavern,” she said.

In the late 1960s, a patron gave the family the idea of frozen pizzas. 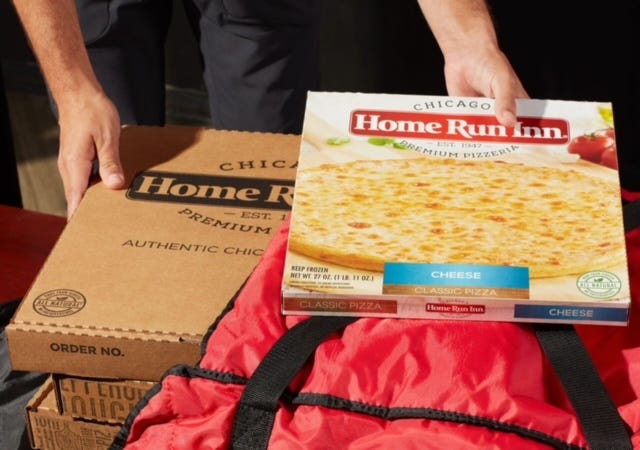 "A customer came in and would always ask for his pizza half cooked.
He was from Wisconsin. He explained that he'd take it home and put it in his fridge back home. My grandpa thought that was a great idea. We'd half cook the pizzas, cool them down, wrap them in plastic and give them to grocery stores down the corner." she said. "We were one of the first companies to come up with the frozen pizza concept."

The frozen pizzas are now sold in stores in more than 40 states.

In the 1970s they opened their first restaurant in Darien. Eight more restaurants later, Home Run Inn is the oldest family-owned frozen pizza company in the country.

"We're celebrating 75 years next year and we're really excited about that,” she said. 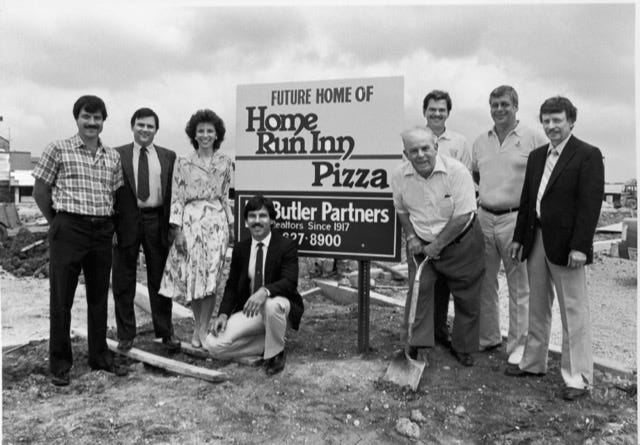 Now the company employs 650 people and churns out some 100,000 pizzas daily. The company's USDA plant in Woodridge is 60,000 square feet and runs two lines of frozen pizzas to keep up with the growing demand. 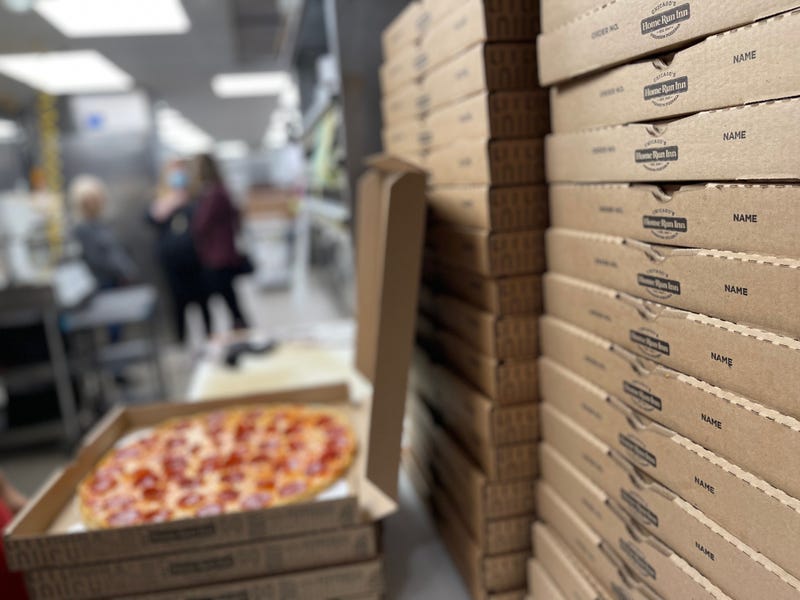 "Since the pandemic, we were able to donate more than 250,000 meals. We gave back to front line workers. Anyone who needed help or needed support we were there,” she said.

Bolger’s sister and brother and two cousins also run the family business, something she hopes to pass on to her children. She knows her great grandfather would be proud.

"He was a visionary. He would be so proud. He saw what we could be. He really wanted to give back to the community and that's what we are doing. We want people to know we are from Chicago and it's where our roots are. We want them to know who we are as a company, not just a frozen pizza in their freezer aisle. There's a lot to us.,” Bolger said. 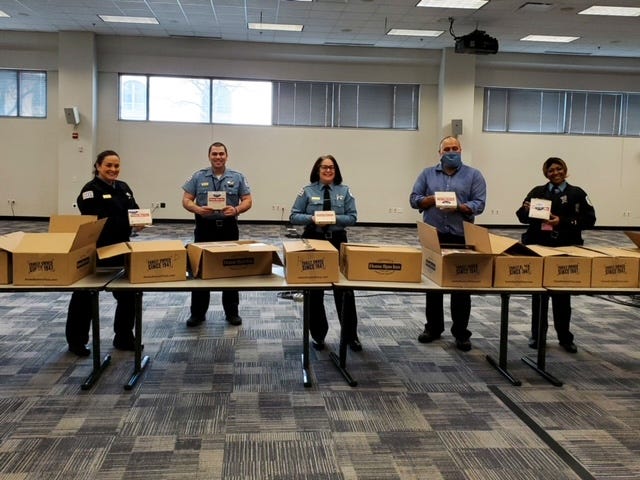 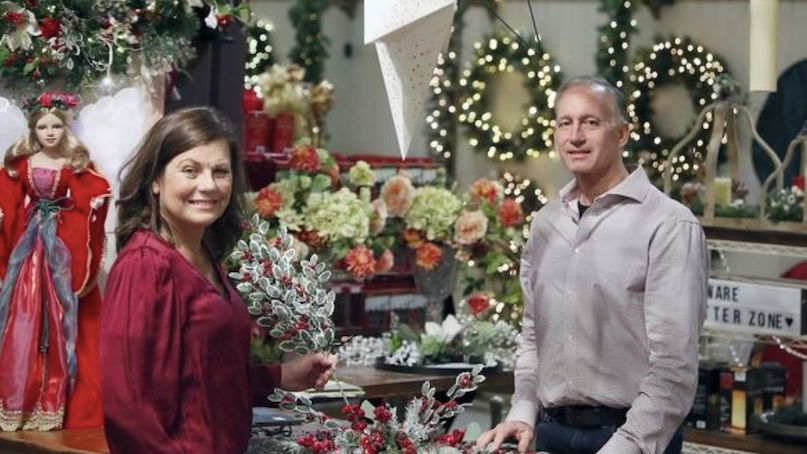