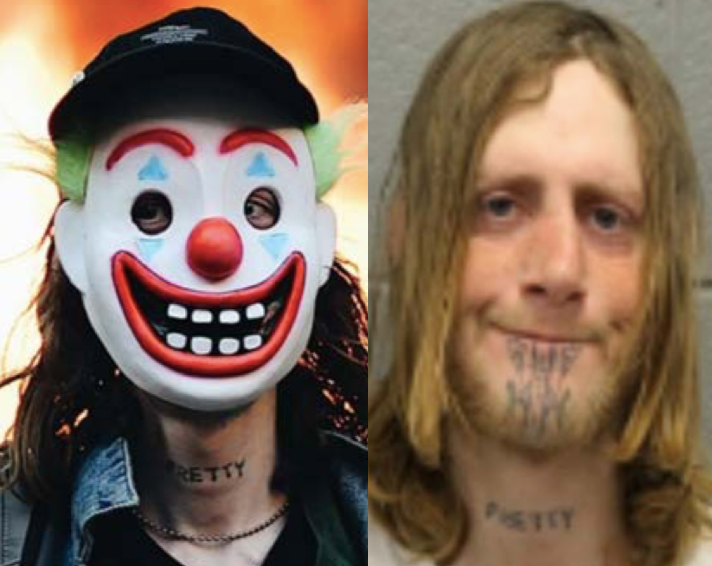 This comparison of images shows the clown-masked arsonist, left, and a booking photo of Timothy O'Donnell. Photo credit U.S. Attorney, Northern District of Illinois
By The Associated Press

CHICAGO (AP/WBBM NEWSRADIO) -- A federal judge has sentenced a Chicago man to nearly three years in prison Wednesday after he pleaded guilty to setting a police SUV on fire while wearing a Joker mask during May 2020 demonstrations over the death of George Floyd.

Before he was sentenced, O'Donnell apologized "to those whose businesses were left in utter ruin" and said he was sorry "if I hurt Chicago's character in any way.” 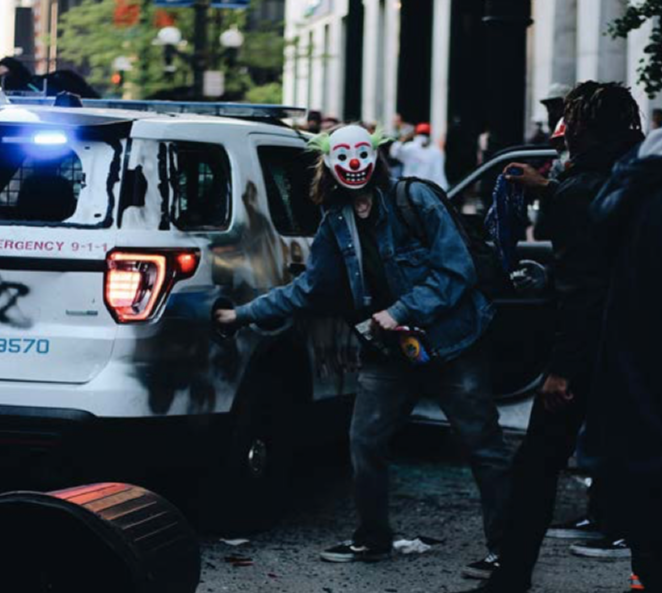 Prosecutors had said O’Donnell placed a lit object in the police vehicle’s gas tank in the 200 block of North State Street on May 30, 2020.

In O’Donnell’s apartment, investigators said they found what appeared to be the joker mask the arsonist had been wearing during the incident. Authorities also noted O’Donnell had a neck tattoo that matched that of the suspect. 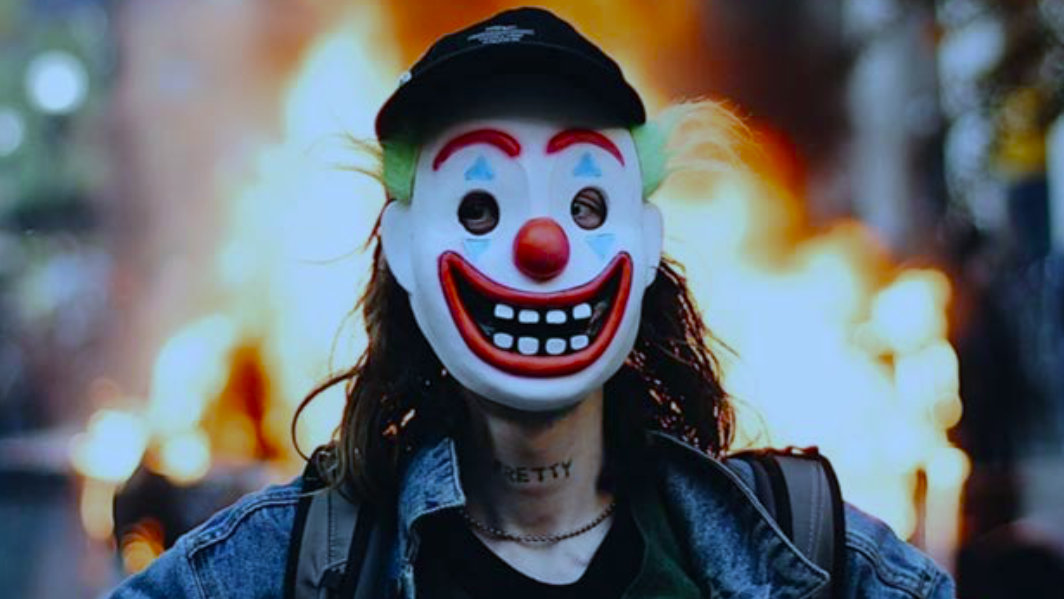