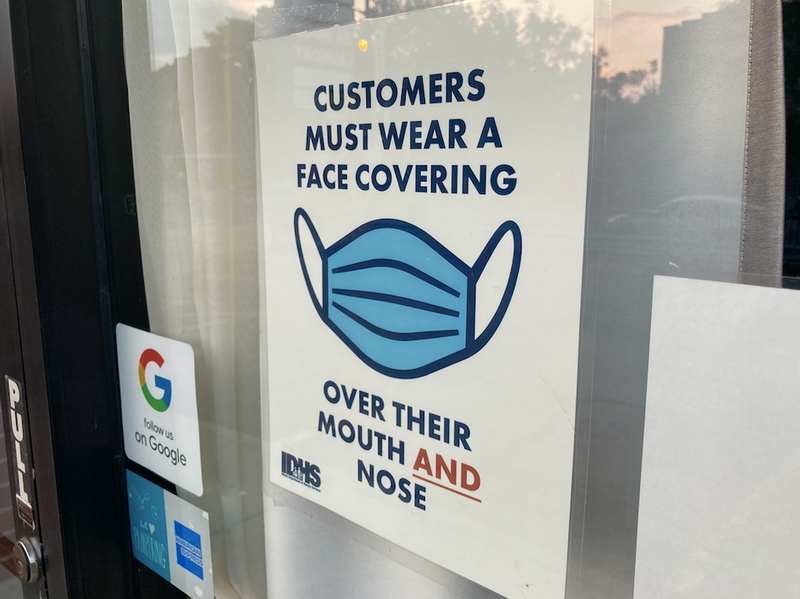 The governor said he applauds the Lightfoot Administration for requiring anyone over the age of 2 to wear a mask in indoor public settings, regardless of their vaccination status.

“I encourage other local governments, whether they be cities or townships or counties, to also take proactive steps. We will look at the state level, whether that’s appropriate thing, at some moment,” he said.

The Democrat, who’s running for re-election, bristled at a reporter’s suggestion a mandate may be linked to his own political self-interest.

“This is not political. … Listen, if it was political we wouldn’t have any mitigations. It would be much easier not to have mitigations,” Pritzker said.

The Pritzker Administration is requiring schools to have masks worn indoors.

As case numbers continue to climb, Pritzker said he’s ready to strip recognition from school districts that don’t require masks. He said he’s sending support to hospitals in Southern Illinois that are running out of beds.