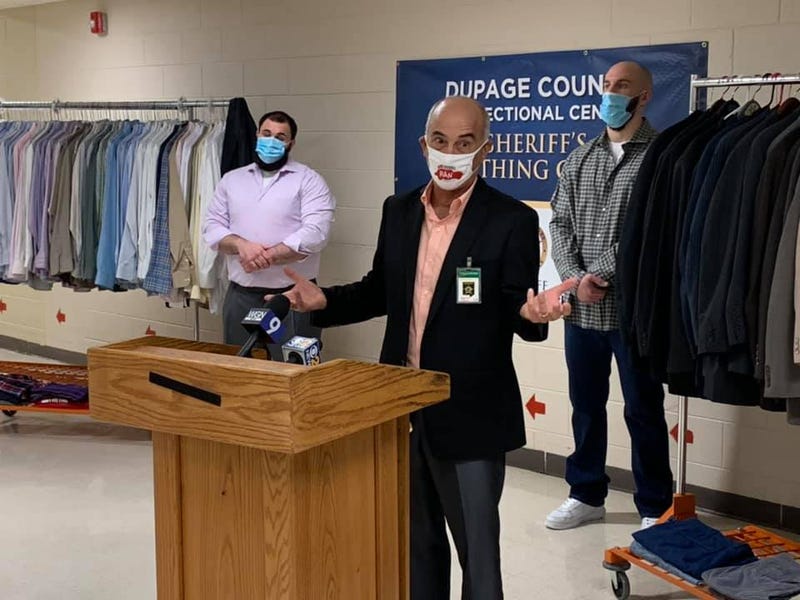 In the past, the group Suits for Success has teamed up with the DuPage County Correctional Facility to donate dress and casual clothes for male inmates.

This week, they’re doing the same for females.

“Prior to this, we were just relying on small donations from private people,” Sheriff James Mendrick said. “We really had no source of consistent clothing.”

Thanks for the opportunity. -- Bill Denwood, Tim Ford, Steve Hirmer and Steve Bailey. The board at Suits for Success

With a focus on vocational training, Mendrick also hopes the clothing provides inmates with a sense of confidence during job interviews.

“Everybody should have that opportunity, not just people who are affluent," he said.

For more information on Suits for Success, or to arrange a donation, visit suitsforsuccess.net.