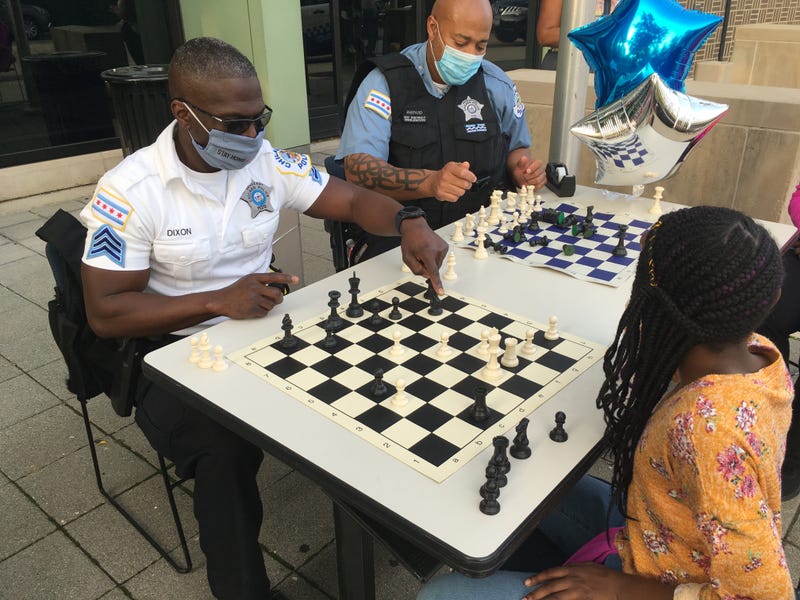 (WBBM NEWSRADIO) — Police and residents of one community on Chicago's South Side have found a way to bring officers and youth together: chess.

Officers, parents, children and teens gathered in front of the Seventh Police District on 63rd near Loomis Tuesday evening to celebrate the third anniversary of "Not Before My Parents."

Founder Raydell Lacey says the program brings officers and youth in the community together to not only play chess but build relationships and work together to curb violence in their neighborhood.

She says it also teaches both youth and the police to think before they act.

Lacey said the chess program is an example of how to build trust between police and youth.