CHICAGO (WBBM NEWSRADIO) -- The Rev. Jesse Jackson and his wife, Jacqueline, remained hospitalized Sunday after testing positive for COVID-19. Doctors are "carefully monitoring" their condition, according to the family.

According to Jonathan Jackson, one of the couple’s five children, both are “responding positively to treatments.”

“Both of my parents have tested positive for the COVID-19 virus, and especially because of their ages, physicians at the Northwestern University Memorial Hospital are carefully monitoring their condition. Both are resting comfortably and are responding positively to their treatments. My family appreciates all of the expressions of concern and prayers that have been offered on their behalf, and we will continue to offer our prayers for your family as well. We ask that you continue to pray for the full recovery of our parents. We will continue to update you on a regular basis," Jonathan Jackson wrote in a statement.

The couple, married for nearly six decades, were admitted to Northwestern Memorial Hospital on Saturday.

Rev. Jackson is fully vaccinated, according to a representative for Roseland Community Hospital, where he received his first dose of the Pfizer vaccine on Jan. 8. At the time he got his first shot, Jackson held a news conference to encourage others to get their shots as soon as possible.

The vaccination status of his wife, Jacqueline, who is also an activist, was unclear. Family members said she has an unspecified underlying health condition that triggered concerns in recent days. 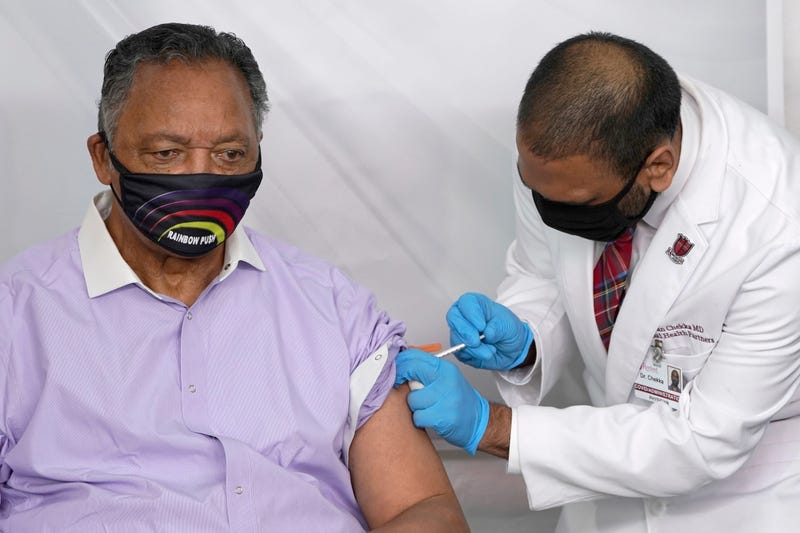 FILE - In this Friday, Jan. 8, 2021 file photo, Rev. Jesse Jackson receives the Pfizer's BioNTech COVID-19 vaccine from Dr. Kiran Chekka, Covid Administration Physician at the Roseland Community Hospital in Chicago. The Rev. Jesse Jackson and his wife, Jacqueline, have been hospitalized after testing positive for COVID-19 according to a statement Saturday, Aug. 21, 2021. He is vaccinated against the virus and publicly received his first dose in January. According to a statement released Saturday evening, the Jacksons are being treated at Northwestern Memorial Hospital in Chicago. He is 79 years old. Jacqueline Jackson is 77. Photo credit AP Photo/Charles Rex Arbogast, File

Meanwhile, this the second time the civil rights leader, who also has Parkinson’s disease, has been hospitalized this year. According to the Associated Press, Jackson spent eight days at Northwestern in January after undergoing unrelated gallbladder surgery. After he was released from the hospital, he spent more than three weeks at Shirley Ryan AbilityLab, because he had been unable to walk after surgery.

A protégé of the Rev. Martin Luther King, Jesse Jackson was key in guiding the modern civil rights movement on numerous issues, including voting rights.

Despite having been diagnosed for Parkinson’s disease, Jackson has remained active, and has advocated for COVID-19 vaccines for Black people, who lag behind white people in the United States’ vaccination drive. Earlier this month, he was arrested outside the U.S. Capitol during a demonstration calling for Congress to end the filibuster in order to support voting rights. 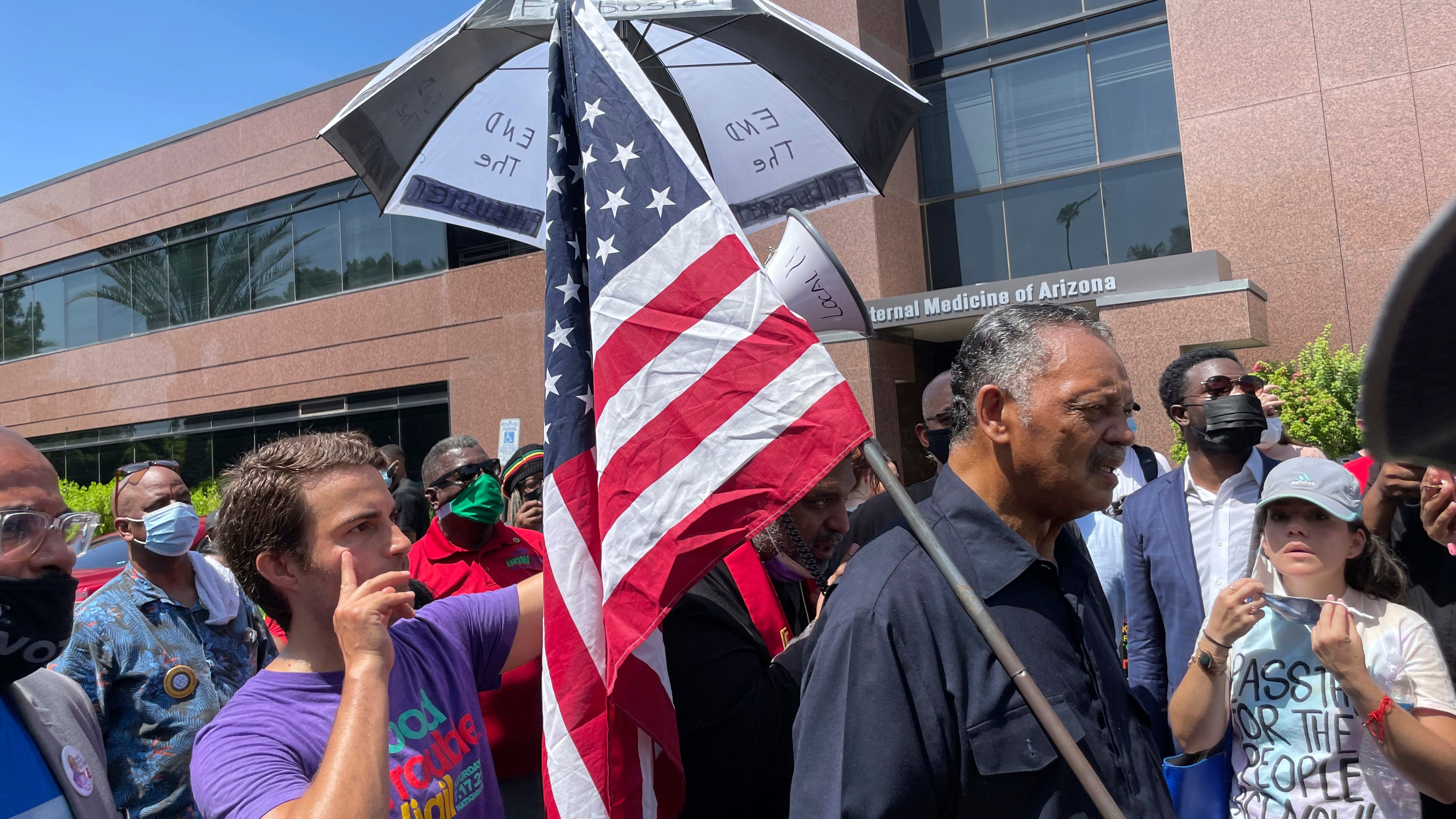 Jesse Jackson among 39 arrested at sit-in at Sinema's office

According to CBS 2, many people have been rallying for Jackson and his wife since the COVID-19 diagnosis.

“To me, as other ministers in the city and around the world, we feel somewhat disheartened,” Rev. Walter Jones told CBS 2. “We know that we definitely need Jesse back on the field. Of course, as you know, Jesse has been a yeoman for social change for community empowerment and social change in the world.

“This is just another test for the testimony that we believe that Rev. Jackson will be given, as the Lord will bless him and heal him."

Congressman Danny Davis added “I ... trust that he and Jackie will both be coming out of there in the next few days."

WBBM Newsradio and The Associated Press contributed to this copy.