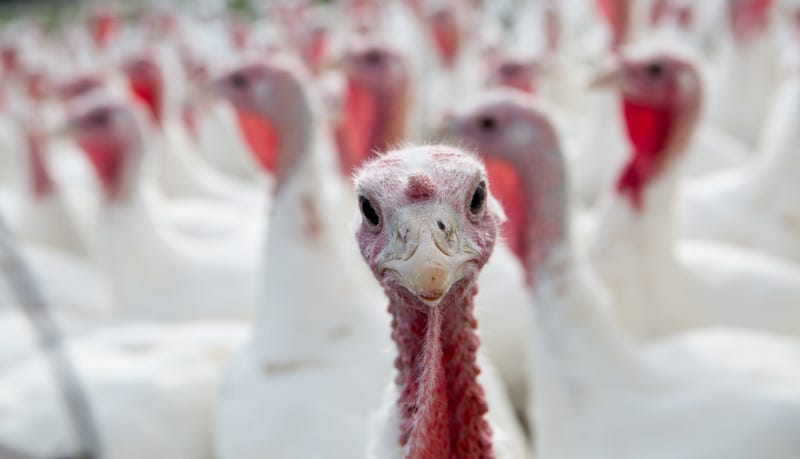 A lot of Thanksgiving dinners will be downsized this year because of the pandemic, and that may leave Illinois turkey farmers with too much turkey.

So, the theory is: A smaller Thanksgiving means a smaller - say, 10-pound — bird.  These smaller turkeys may be in short supply this year, given the perceived demand.

“I’ve been hearing a lot of talk about that. When I place turkeys, I have to order them early in the year, and it’s difficult to change what I’m placing and what I’m growing,” Robert Kauffman, owner of Kauffman Turkey Farm in DeKalb County, said Friday.

We wondered if he’s worried he’ll end up with too many big turkeys.

“Yes, it’s in the back of my mind. It doesn’t matter if i worry about it or not. It’s going to happen.”

Kaufmann asks: “Don’t you want to have the traditional meal with your extended family?”

In one final plug, he advised: “Don’t buy those hams. That’s not anything you want to have.”