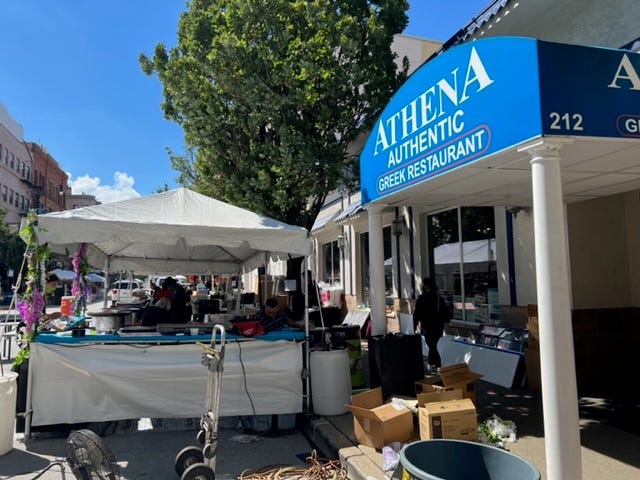 CHICAGO (WBBM NEWSRADIO) - Yianni Theoharis and his staff are busy setting up tents and firing up the grill outside 9 Muses Bar & Grill for what is his busiest weekend of the year.

"Oh yeah, we prepare months ahead of time for this," he said.
All weekend the restaurant will be serving up the best of the Mediterranean diet.

Theoharis has owned 9 Muses for 35 years. He moved to Chicago in 1979. His family was in the grocery business and own Pete's Fresh Market and other stores in the area. He said it was only natural to open a restaurant of his own. 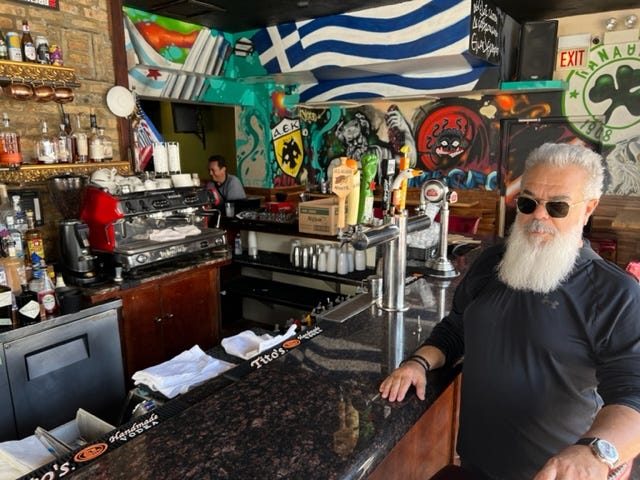 "I was going to UIC, and I loved this neighborhood. When this place became available, I bought it. This is my culture and I'm proud of it, so I present it." he smiled.

He said they are famous for their chicken and beef kabobs, Suvlaki, and its Greek Salad.

"The Mediterranean diet is the happening thing right now," he laughed. "It's very healthy for you. We use the five magic ingredients: the olive oil, the sea salt, the pepper, the oregano and the lemon. Those are your major ingredients in our food. The food is incredible and people keeping coming and coming," Theoharis said. 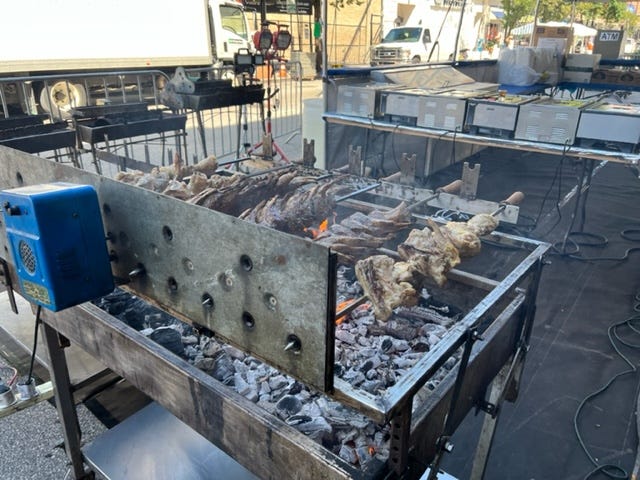 The chicken roasting for this weekend's Taste of Greektown began in earnest on Friday. Photo credit Lisa Fielding

Theoharis said over the years, they've lost a few restaurants along Halsted due to the pandemic, and now higher food prices are having an effect.

"We have a bit of a staffing issue but it's getting a little better, but now we have increased food costs, unbelievable. Chicken used to be a dollar, now it's three dollars. That's hurting us," said Theoharis.

More Americans visited Greece this summer than ever before, as tourism has shattered records.

"Americans are the most educated tourists around. They travel and then they come back to Chicago and visit Greektown and have new appreciation for our good, our people and our culture." said Theoharis. 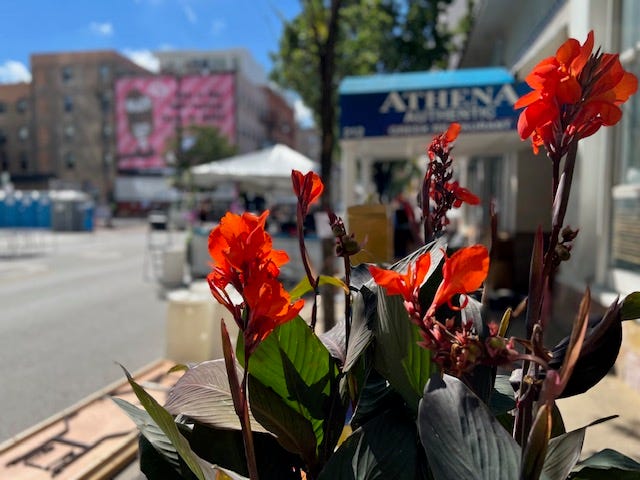 The three day event will feature a gyro eating contest, music and dancing. This is the city's largest celebration of Hellenic cuisine and culture. Taste of Greektown runs along Halsted, between Adams and Van Buren through Sunday. 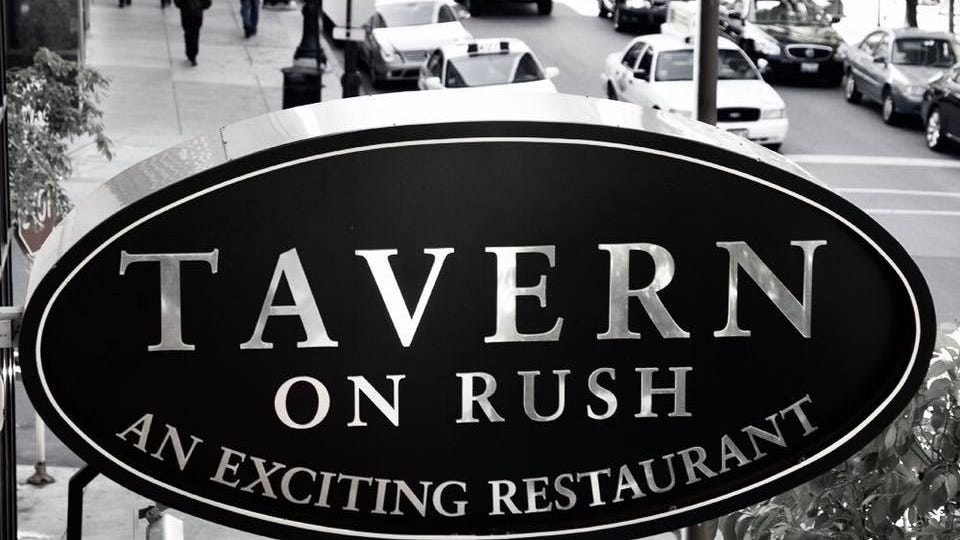 Famed Rush Street steakhouse will close at end of the year