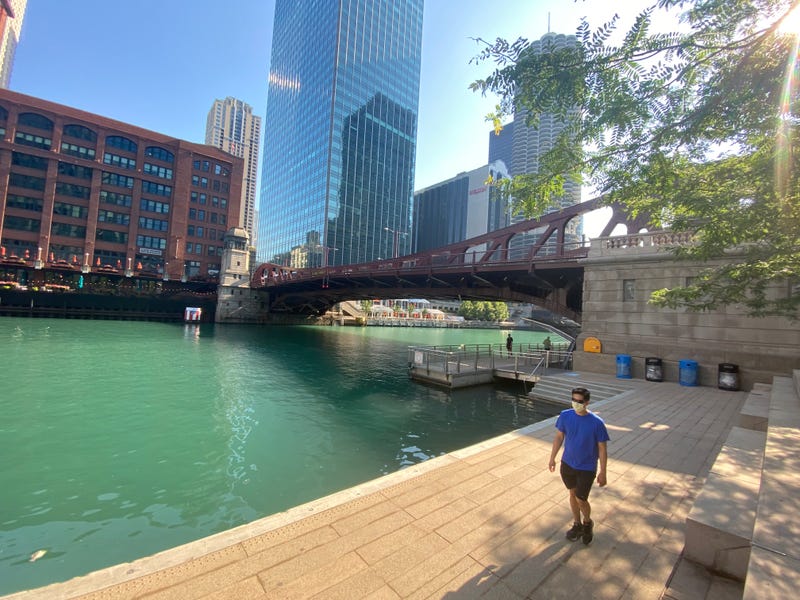 CHICAGO (WBBM NEWSRADIO) — The warm weather this past weekend brought an increase in money spent and foot traffic to the downtown area as well as a couple of altercations.

This first weekend of May, which saw temperatures reach the low-to-mid 80s, inspired people to skateboard and rent Divvy bikes.

Sunlight light hit a lot of exposed skin as people donned shorts and tank tops. Sometimes less than that.

The downtown, Navy Pier and lakefront areas were flooded with fun in the sun seekers but temperatures flared on numerous occasions with confrontations amidst the large crowds.

Saturday night, a few fights near the Chicago Cultural Center and Jewelers' Row just could not be avoided.

"Little insults, he insulted me right? But if I went at him disrespectfully, I call him a chump, he got all offended," one man told WBBM Newsradio.

While some potential violence ended before it began.

"No, no. Yeah, I was about to but he backed away. He better back away, you know. I'm just saying bro, I come in peace. I come in peace," another man told WBBM.

Sunday night, however, on the Riverwalk, two men got into it with one pulling a knife. They both ended up in the hospital, according to Chicago police.