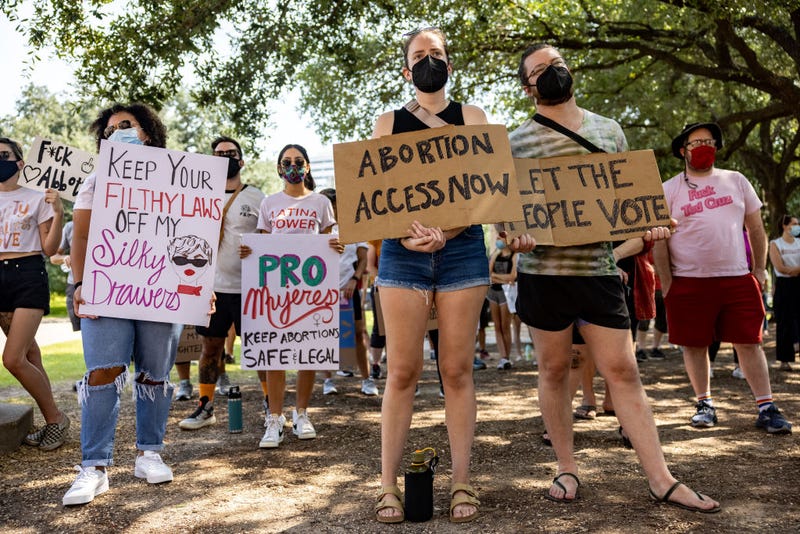 Legislators voted 218 to 211 to pass The Women’s Health Protection Act (H.R. 3755). It codifies medical provider’s right to provide abortion services and patients’ right to receive them.

The protections afforded by the Supreme Court’s Roe v. Wade decision would become law. Supporters have attempted to codify the ruling, but its passing has faced an uphill battle with Democrats lacking robust control.

While Democrats control the House, the Senate splits evenly with Republicans. That divide raises questions about the bill’s potential of passing.

The Supreme Court’s justices chose not to block the Texas abortion law that took effect on Sept. 1, saying ongoing disputes in lower courts should determine its merit. However, when the court reconvenes on the first Monday in October, the justices will hear a challenge to Mississippi’s 15-week abortion restriction.

The House has passed the Women's Health Protection Act, a bill aimed at preserving access to an abortion nationwide.

The vote was 218-211. One Democrat joined all Republicans in opposing the measure. Zero Republican support.

The Texas abortion ban allows individuals from any jurisdiction to sue someone who provides an abortion or helps someone obtain one. It incentivizes them to do so with a $10,000 reward. The law essentially delegates its enforcement to the general public. The first suit filed under the law originated in Texas.

“We should not, in this body or in that court, be making decisions for the women in America,” said House Speaker Nancy Pelosi (D-Calif.) during debate on the House floor.

“We’re gonna stand together unified and fight for women’s Constitutional right to make decisions about their own body,” Vice President Kamala Harris told the co-hosts during a significantly shortened interview on The View Friday.

Nationwide, polling shows a 62% majority of people in