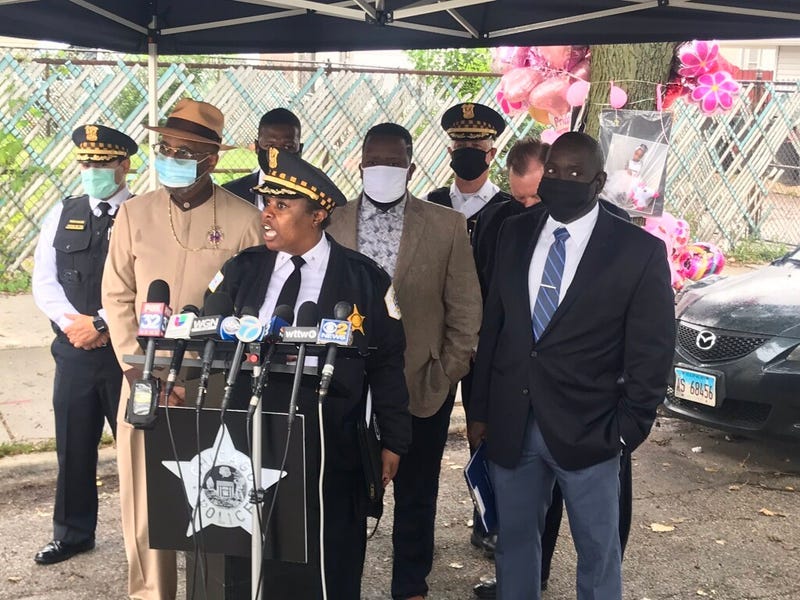 CHICAGO (WBBM NEWSRADIO) -- No arrests have been made in connection with the shooting death of 8-year-old DaJore Wilson as of Saturday and the family wants answers.

Chicago Police say she was shot on Sept. 7 while riding in an SUV in Canaryville near 47th Street and Union Avenue.

Wilson was shot in the back and taken to Comer Children’s Hospital, where she was later pronounced dead.

Two other people in the SUV were also shot, a 31-year-old man and 30-year-old woman. Police are seeking a Black Dodge Charger wanted in connection with the shooting.

“Everyone wants answers. They want justice for their daughter, which they deserve,” said Early Walker, founder of the anti-violence group ‘I’m Telling, Don’t Shoot’. 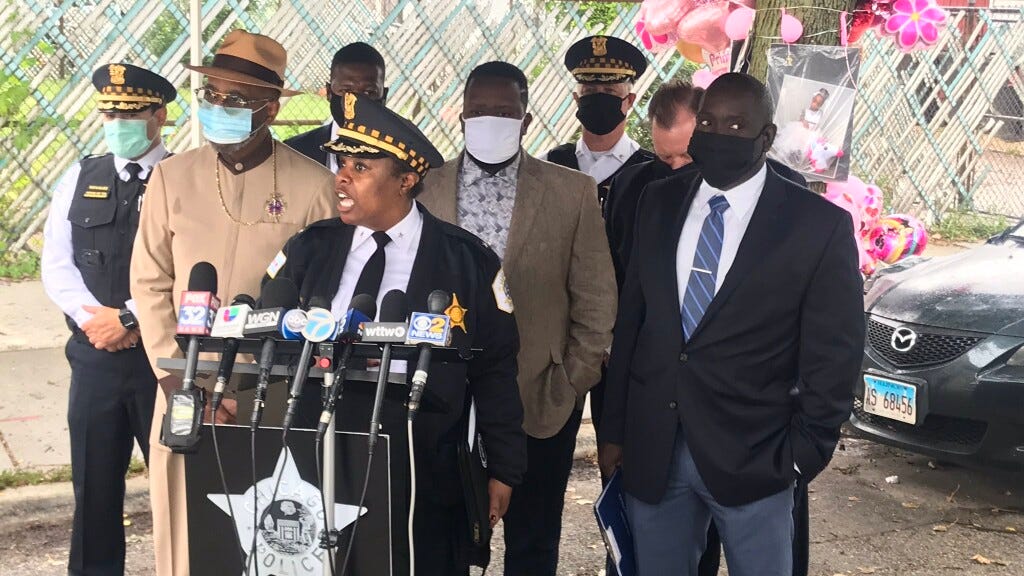 'If You Are Not Speaking Up, Then You Are Co-Signing A Child's Murder': Activists, CPD Plead For Information In Death Of 8-Year-Old Dajore Wilson; $10K Reward Offered Police Seeking Vehicle Wanted In Shooting That Killed 8-Year-Old Girl, Wounded 2 Others In Canaryville

The organization is offering $10,000 for anyone with information to come forward, but Walker told WBBM there’s an underlying issue with the tips he receives.

“One of the things I’m starting to find out is that even with the calls we’re getting, the first thing these individuals are saying is they’re scared for their own personal safety," he said. "We can’t ask for these individuals to step forward and speak out and not make sure that they’re safe.”

Walker plans to host an upcoming summit calling on political leaders to rework witness protection programs, especially during a year with such a large uptick in violent shootings.

“We have to definitely make sure we’re ready and prepared to protect these individuals if they do want to speak up when you have shootings or killings of these sorts," he said.

Those with information surrounding Wilson’s death are urged to call area detectives or the ‘I’m Telling, Don’t Shoot’ tip line at (708) 265-9400.