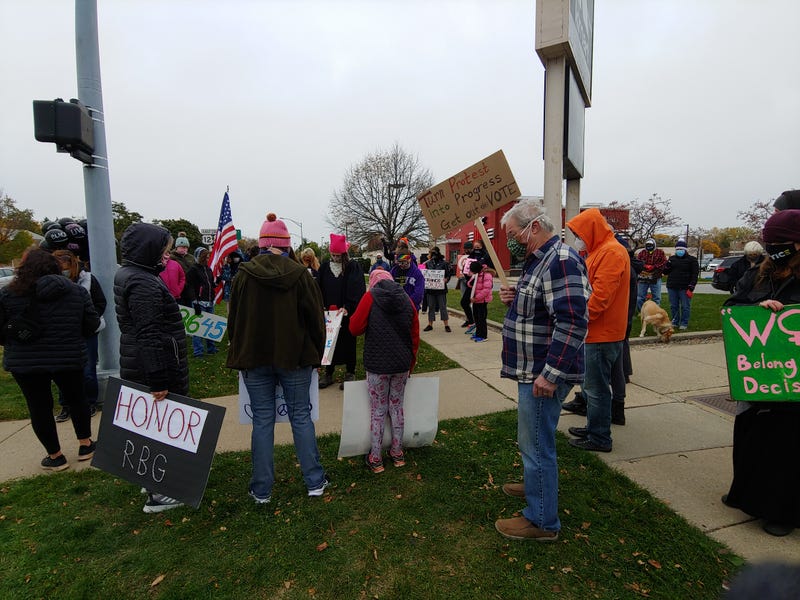 DES PLAINES (WBBM NEWSRADIO) -- There were pink hats, judges robes and colorful handmade signs at a women’s march in Des Plaines Saturday, encouraging people to vote and to remember the late Ruth Bader Ginsburg as a champion for equal rights.

Dozens of people stood at the corner of Manheim and Oakton in the wind and drizzle for the Speak Up, Vote and Dissent Rally.

Organizer Jessica Maag was among those dressed in tribute to the late justice Ruth Bader Ginsburg.

Maag said she is angry over what she sees as the hypocrisy of senate republicans who refused to give a hearing President Obama’s nominee and says she’s frustrated with the two-party system.

"It was not OK for Obama to appoint someone months before, almost a year before an election, but now when people are already voting, there has been a nomination and they are pushing it through," Maag said.

Des Plaines resident Sharon Comer Blau didn’t vote for the Democratic or Republican party ticket four years ago, but is ready to make her vote count now because she likes Kamala Harris’ views on several issues and her track record.

"It's not Biden, it's not Trump, it's Kamala Harris," Comer Blau said. "I like what she stands for, and I like when Biden said the last person out of the room who is going to give their opinion is her."

The group held a moment of silence for Ginsburg as part of their rally at the busy intersection, where cars frequently honked in support. 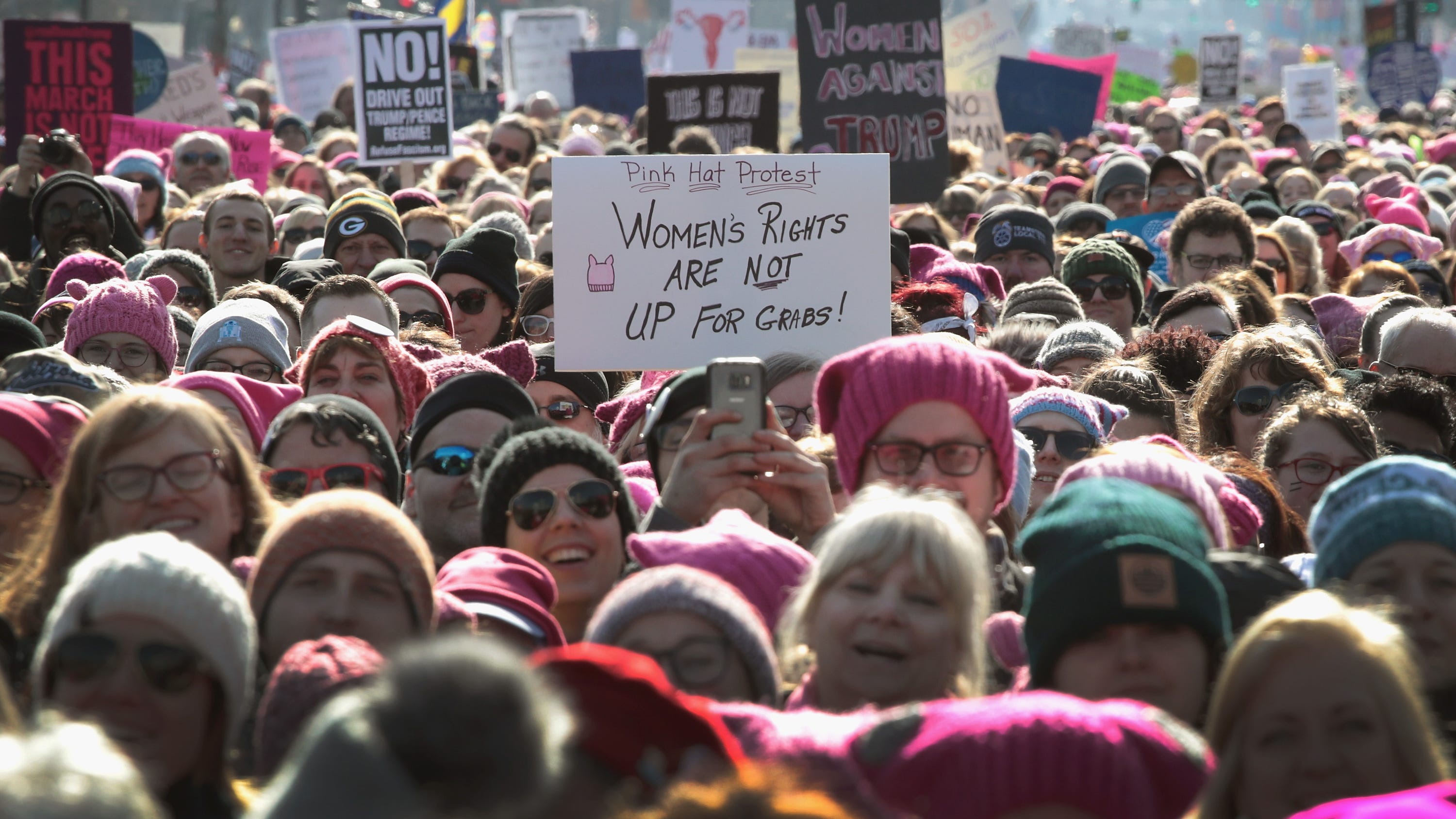 Message replaces women's march in 2020: Be sure to vote