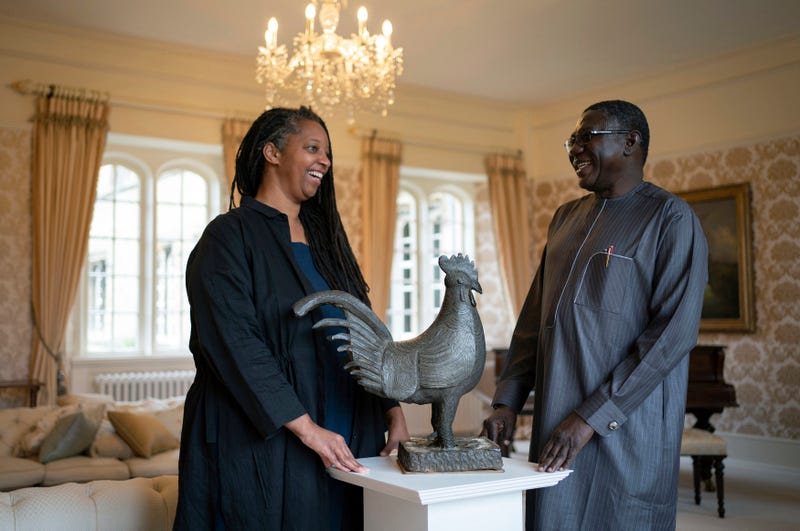 The British Museum said Monday it is working on a collaboration with Nigeria, linked to the construction of a new museum in the West African country, which will allow to “reunite Benin artworks from international collections.” The museum is also in a decades-long tug-of-war with the Greek government over a restitution of the Elgin, or Parthenon, Marbles.

Such returns are controversial in Europe, where many museums hold works acquired during colonial times.

Across the English Channel, France’s president on Wednesday announced the “rightful return home” of 26 looted colonial-era artifacts being sent to the government of Benin – some of the estimated 90,000 African artworks held in French museums.

The wooden anthropomorphic statues, royal thrones and sacred altars from the collection known as the “Abomey Treasures” were pilfered by the French army 129 years ago, and are currently on display in Paris before being handed over to Benin on Nov. 9.

Describing his long-standing efforts to get the works back, the foreign minister said “No one could have predicted this happy outcome ... given how numerous the obstacles were.”

The 26 works are “an undeniable part of the cultural and religious identity of our country,” he said, calling the restitution a key step toward Benin’s efforts to develop its cultural sector and create jobs.

Macron is the first French president to call for systematic restitution of colonial art, but acknowledged that only two items have been returned so far: a sword to Senegal, and a crown to Madagascar. He called for “a law that would create a long-term framework for restitution” to make such art handovers smoother.

“These works will return home. They will find the men and women who will be able to understand the full power behind these works," Macron said. “Their return home is a rightful return home.”