(Audacy) Of all the memorable sights and sounds of the Chicago Cubs' championship run in 2016, the atmosphere at Wrigley Field following the last out of Game 6 of the National League Championship Series is arguably at the top.

Especially for anyone who was there.

That includes Cubs Radio voice Pat Hughes, who has been calling Cubs games since 1996. Hughes recently appeared on the Audacy and MLB podcast “The Run – 2016 Chicago Cubs” to reflect on that special night at Wrigley Field when the Cubs beat the Dodgers to punch their ticket to their first World Series in 71 years.

“It was something I had waited my whole life for and I was just so thrilled to make the final call,” he said. “’Ground ball to Russell, he’ll go to first and the Cubs are going to the World Series! The Cubs win the pennant!’

“Then I was just quiet for about 25 seconds. I just wanted to soak it all in. But I was actually very emotional too. I was worried that my voice would crack if I said anything else.

"I’ll tell you what was really cool — right after that moment, somebody handed me a sheet that said, ‘World Series Game 1, Tuesday night in Cleveland. Time to be determined.' I almost lost it. I almost started crying, literally, when I saw that.”

Listen to Hughes’ full call as well his favorite memories from that season in the episode above or here on Audacy. 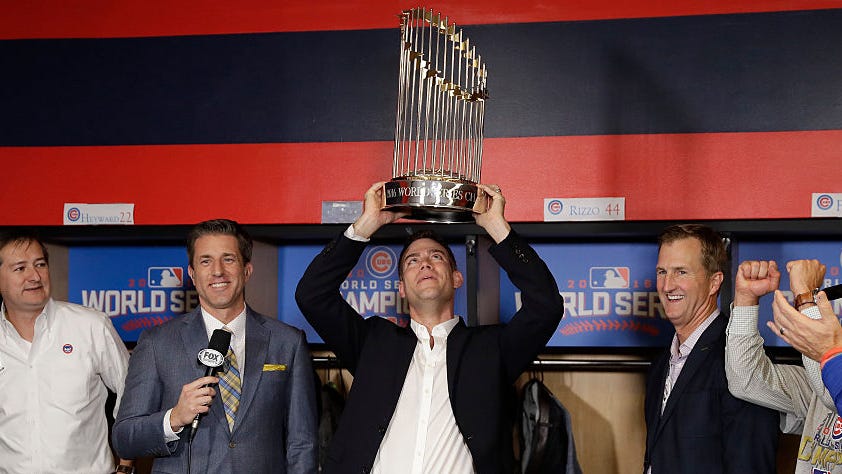