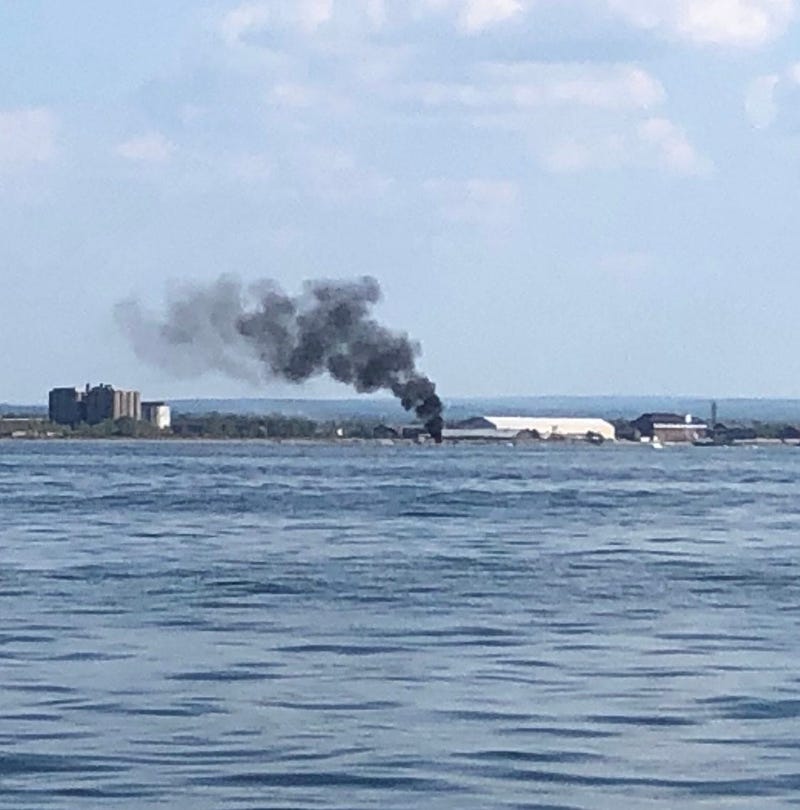 Buffalo, N.Y. (WBEN) - Black smoke could be seen for miles along the Buffalo waterfront Saturday afternoon as a boat erupted in flames just off the breakwall in Lake Erie near the south entrance to the Buffalo Outer Harbor.

Private boaters first reported the fire aboard the 18-foot vessel and the US Coast Guard responded.  The two occupants of the boat were taken to safety by nearby boaters.

The boat burned for nearly 30-minutes and the charred hull was towed by Lake Erie Towing to Safe Harbor Marina.

Neither of the two boaters suffered injury.