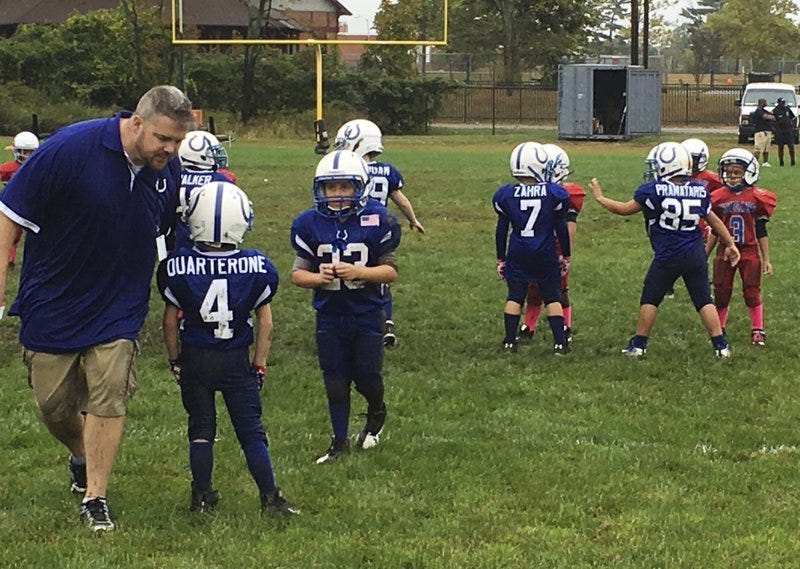 NIAGARA FALLS (WBEN) - The New York State Health Committee is currently considering a ban to get rid of tackling in youth football for kids who are 12 and under. On Monday evening, a meeting was held at the Wurlitzer Building to oppose the legislation.

All of us at #USAFootball stand with the youth football family in New York State. pic.twitter.com/flyAHMF2ng

Ray Turpin serves as the president of the Niagara Erie Youth Sports Association, and he explained the purpose for the meeting.

"What we're trying to do is rally parents together to give them as much information as possible so that they can voice their opinion to their legislators," he said.

Turpin explained that football is currently safer than it ever has been.

"For years, we've had what's known as Heads Up Football tackling and blocking, so we teach kids at a very young age the proper techniques and fundamentals on how to tackle and block properly," said Turbin.

Turpin discussed the modified programs they offer for 5, 6 and 7 year olds, as they play on shorter fields so that they're not running larger distances, while the 8 and 9 year olds play on shorter fields without kickoffs and kick returns. They've also adopted practice guidelines that minimizes the amount of tackling to 30 minutes in a session.

"We have a lot things in place to protect and to provide a safe environment for the players, (but) a lot of that isn't being considered at the New York State Assembly," noted Turpin, who added that many of the studies being performed on older players don't really apply to what's going on in youth football right now. "They're really going by a single study that shows that CTE caused all of this damage with NFL players. Well, many of those NFL players played for 20-25 years without any kind of concussion protocols. What we've done as part of our Heads Up Football initiatives is we have certification and training for our coaches. That teaches them the proper techniques and fundamentals, but it also teaches them concussion awareness."

"I think tackling should remain; I see the studies, and I understand it, but I also don't see enough studies from other sports that are contact sports," he said. "It's like they're just picking on football - what about hockey, baseball, basketball?"

However, he did note that he'd certainly be openminded about propositions to make the game safer without taking the core of the sport away.

"If there would be suggestions out here to make it even safer, I don't think anybody would object to that," said Baran.