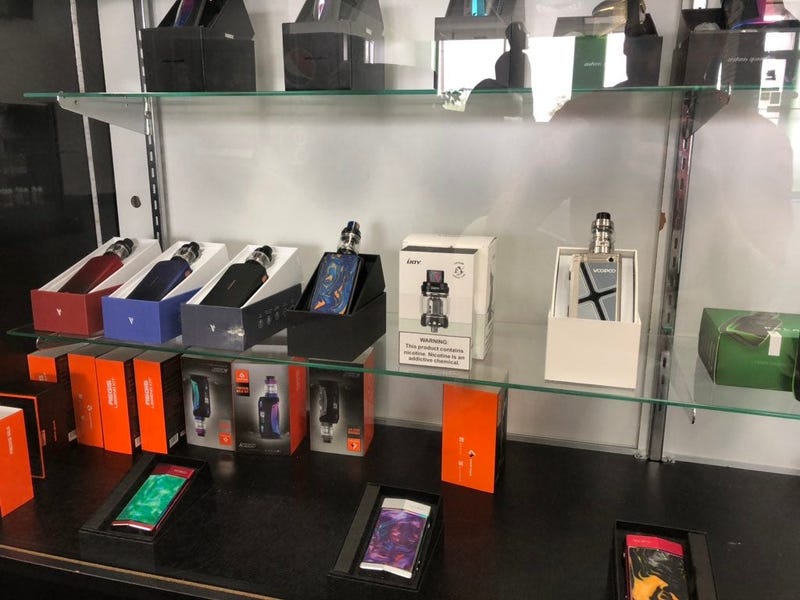 ALBANY, N.Y. (WBEN/AP) — New York State extended its ban on flavored e-cigarettes that is currently held up in courts.

The state's Public Health and Health Planning Council voted Thursday to keep the emergency ban on the books for another 90 days. The council had approved the ban in September but a state appeals court blocked the state from enforcing it in October.

Council members did not to ban menthol e-cigarette flavoring, though it was discussed.

In October, a state appeals court temporarily blocked New York from enforcing its prohibition on sales of flavored e-cigarettes after the vaping industry sued to block the ban. The rules were set to expire this month but the council could renew the regulations for another 90 days.

A spokeswoman for the Department of Health said a vote to keep it alive would make sure New York has the emergency regulations on the books if the courts uphold the ban. “While our scheduled enforcement of this ban has been delayed by pending litigation, we are confident that the court will agree that this is a public health emergency demanding immediate action to help ensure the wellbeing of our children," spokeswoman Jill Montag said.

Health officials issued the regulations in response to worries that vaping may cause illnesses and that its use is growing among teenagers. According to data from the state health department, use among high-school students increased from 10.5% in 2014 to 27.4% in 2018.

Critics including the Vapor Technology Association argued the bans are governmental overreach that will hurt small businesses selling e-cigarettes and adult smokers who say flavors help them quit. The opponents have argued states should address improper marketing to kids and follow New York’s move to raise the statewide smoking age to 21.

But supporters such as the American Cancer Society’s advocacy group said they’ll continue pushing for New York’s ban on flavored e-cigarettes and for laws to make similar restrictions permanent. The groups want New York to ban all flavored tobacco, and argue flavoring can attract kids to tobacco products and get them hooked.

Democratic Gov. Andrew Cuomo has said he would move to expand New York’s flavor ban to include menthol.

Anti-tobacco and -vaping groups say there’s no scientific basis for leaving menthol alone. They warn menthol has been unethically marketed toward African Americans, and that mint and menthol flavors can still increase the appeal of e-cigarettes for young people who aren’t smokers by overcoming the harshness of nicotine.

"It's very much a concern to the people of the vape industry, but it's even more of a concern to myself, who is a former person who was addicted to combustable cigarettes," said Giambra. "I have no idea what the courts are going to do, but the fact that they're taking as much time as they have leads me to believe that they are not convinced that there's a public health emergency."

If the courts decide to uphold the ban, Giambra says the industry is going to continue to fight.

"We are preparing for an aggressive, thoughtful discussion come January, when the Legislature goes back into session, to talk about how to deal with the problem," he said. "Yes, there is a problem with younger people using this product, and we do not want young people to use this product, but at the same time, we don't want to deny adults the opportunity to keep them off combustable cigarettes."