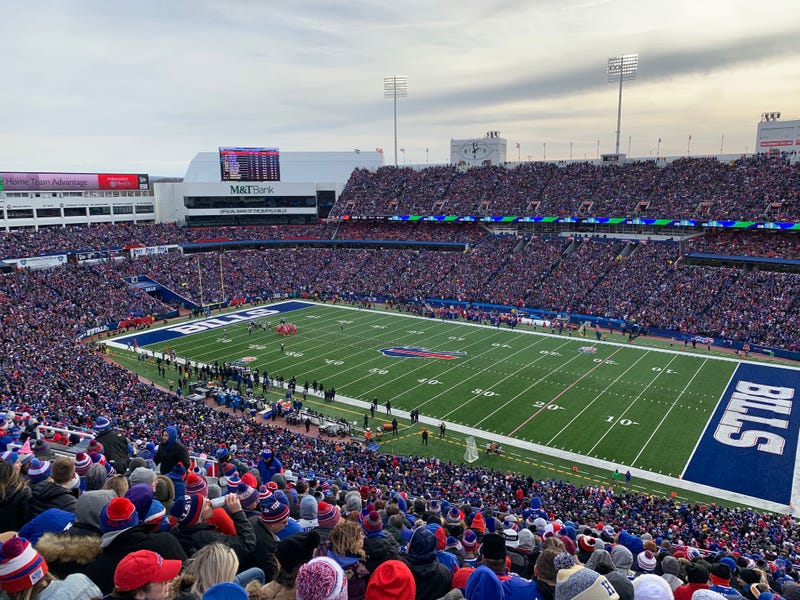 Orchard Park, NY (WBEN) - The Buffalo Bills are planning for a packed Bills Stadium come this fall, and hope that fans who have missed the atmosphere are ready to come back.

The team is announcing pricing for 2021 tickets, which will be slightly higher than they were set to be last year.

The Bills are planning to have full capacity starting at the team's season opener, but say if state or league guidelines limit capacity season ticket members have priority to access tickets. Fans who opted out last year will be given the option to return this year in their same seat locations. For Canadian fans, who make up about 10% of the team's season ticket base, if the border remains closed, season ticket holders unable to enter the country will have any money paid applied to account credit or can request a refund.

Season Ticket prices will increase by an average of $8.02 per seat. The average general admission seat costing $82.14 per game for season ticket holders, while 20% of capacity will be priced below $55.00 per game. The Bills believe that even with the price increase, the team will remain in the bottom quarter in NFL average pricing.

Single game ticket pricing has not yet been determined. The team still does not know the exact amount of home games there will be in 2021, as the NFL still has not reached a formal agreement on a 17th regular season game, or an official length to the preseason.