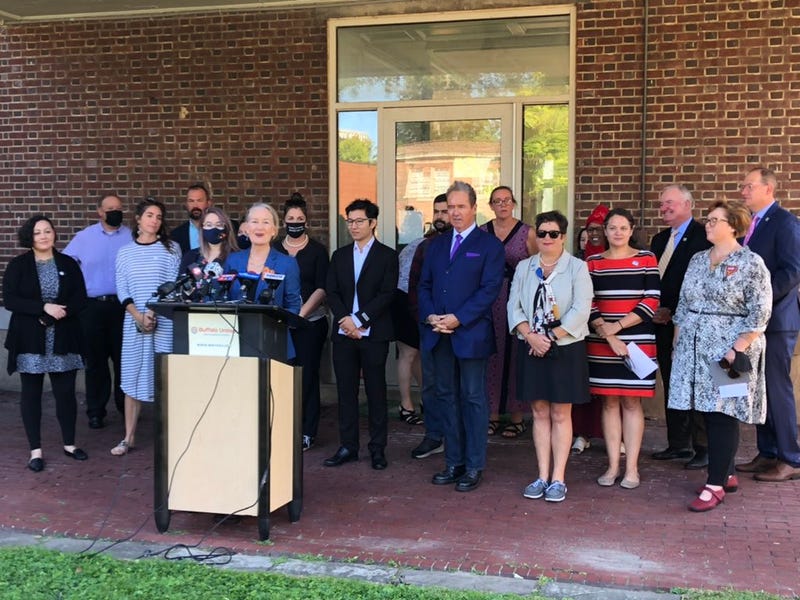 BUFFALO (WBEN) - The five local organizations that comprise the region’s Refugee and Asylee Consortium are launching a campaign called 'Buffalo United for Afghan Evacuees,' to assist 350 Afghan evacuees who will be settling in Buffalo while their cases are adjudicated.

"We haven't met these neighbors yet, but they are coming," said Eva Hassett, executive director of International Institute of Buffalo. "They've been through some really tough stuff, but they've made it out of Afghanistan when thousands and thousands have not."

The campaign’s goal is to raise $750,000 for the evacuees to cover cost of living and temporary housing.

Unlike refugees and Special Immigrant Visa holders, evacuees will not be given access to US government programs. To combat this, the Western New York Refugee and Asylee Consortium is trying to organize an online and in-person campaign to make sure housing, healthcare, nutrition, school enrollment, and financial needs can be met until work authorization is granted.

"It is estimated that up to 80% of the arriving Afghan evacuees are being admitted as Humanitarian Parolees, not as refugees," said Karen Andolina Scott, execuitve director of Journey's End Refugee Services. "Unlike refugees, asylees, and Special Immigrant Visa holders, these evacuees will not have long-term access to public benefits, access to ORR funded services through resettlement agencies...nor a clear path to permanent residency and then citizenship. WNYRAC's campaign will ensure our newest Afghan neighbors will not be forced to rely on charity, left on their own to navigate complex American systems, while being denied an opportunity to fully integrate as permanent residents."

"What we are experiencing now in this moment of crisis is a calling for the coming together of community," added Molly Carr, PhD, president and CEO of Jewish Family Services of Western New York. "The evacuees that will be coming to Buffalo are in a state of shock and are traumatized. Along with our partners and the support of the Western New York Region, JFS is prepared to leverage our expertise to assist with this trauma to help these evacuees become whole once again."

Congressman Brian Higgins was also in attendance for Thursday's press conference, saying, "The United States government must continue to do everything in its power to give refugee resettlement agencies the resources needed to meet this moment."

Hassett expects these evacuees to start coming to Buffalo in about 3-4 weeks.