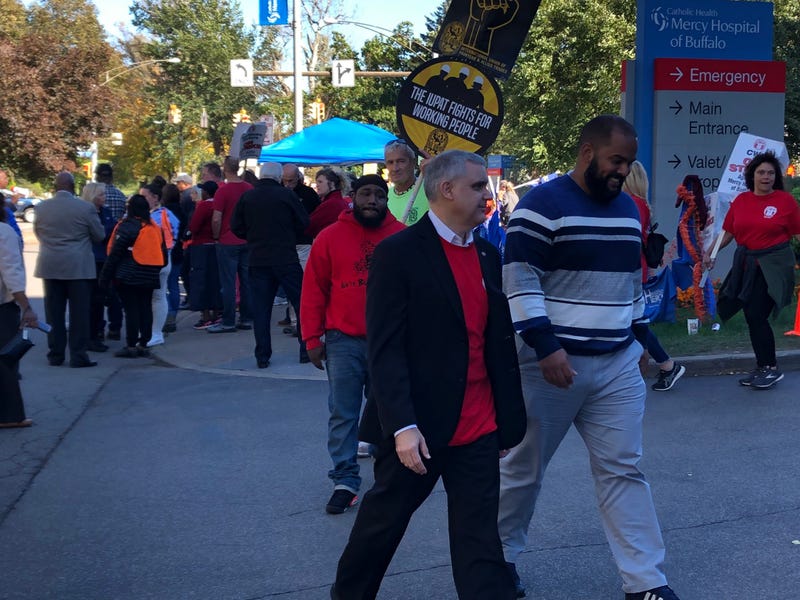 BUFFALO (WBEN) - Tuesday marks day 19 of the healthcare worker strike at Mercy Hospital, and though those walking the picket line say morale is still up, they received a message of encouragement from one of the state's top labor officials.

As the three week mark of the strike is just days away, Cilento was asked if he expected negotiations with Catholic Health to last this long.

"There are ebbs and flows to negotiations," he answered. "It's a shame that they had to take this step - no one really wants to go on strike - but they're fighting for what they believe in, and as such, the labor movement is here to support them."

Also making an appearance at the picket line Tuesday was Mayor Byron Brown, who implored workers to continue their push and hold strong.

"The community thanks you for standing up for what is right," said Brown. "All during this pandemic, you put yourselves on the line for our community; you put your health at risk for our community. Now it is our turn and our time to stand up for you, so stand strong and keep fighting - you will win."