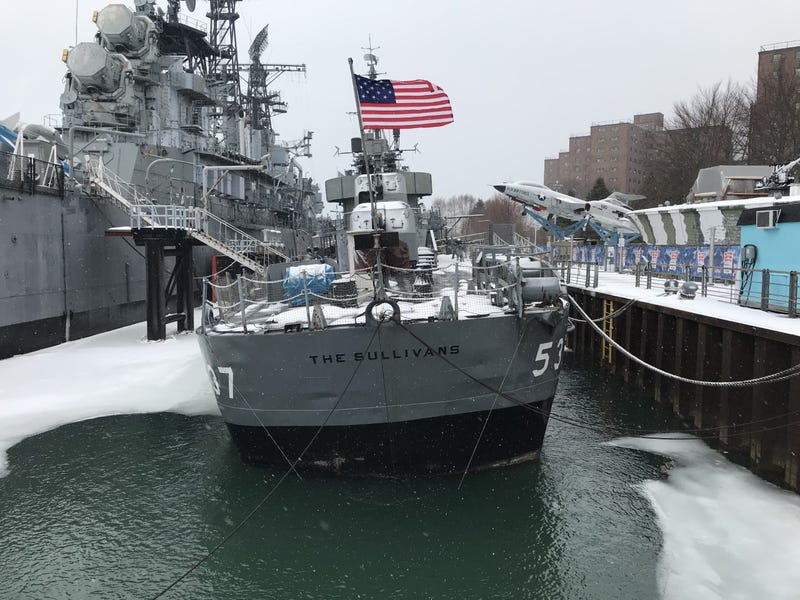 BUFFALO, N.Y. (WBEN) – Emergency hull repairs for the USS The Sullivans are coming after thousands of dollars were raised, but permanent repairs are still needed to the ship that was at risk of sinking.

The Buffalo and Erie County Military and Naval Park exceeded its goal to raise $100,000 for the emergency repairs thanks to community donations. Among the donators was West Herr, who donated $50,000.

“We knew Buffalo being the City of Good Neighbors would come through and raise the money needed to keep The Sullivans from sinking, we didn’t know we would exceed our initial goal by such a significant amount.” Paul Marzello, president and CEO of the Buffalo and Erie County Naval & Military Park, said in a statement. “Donations came in and continue to come in from veterans, family members of veterans, the general public, and the business community. The generosity of the people of Western New York is incredible.” At last count, a total of $230,000 has been raised with more donations coming in.

To permanently repair the hull of the historic ship at Canalside, an entire team of divers need to apply an epoxy coating to the entire exterior hull of the ship. Doing so will create a barrier that protects the thin steel from the hull from further deterioration. It will take 3-4 months to complete the full repairs.

The Naval Park announced the “All Hands on Deck” campaign to raise $1 million. Contributions can be made at keepingourshipsafloat.org or by sending contributions to the naval park.