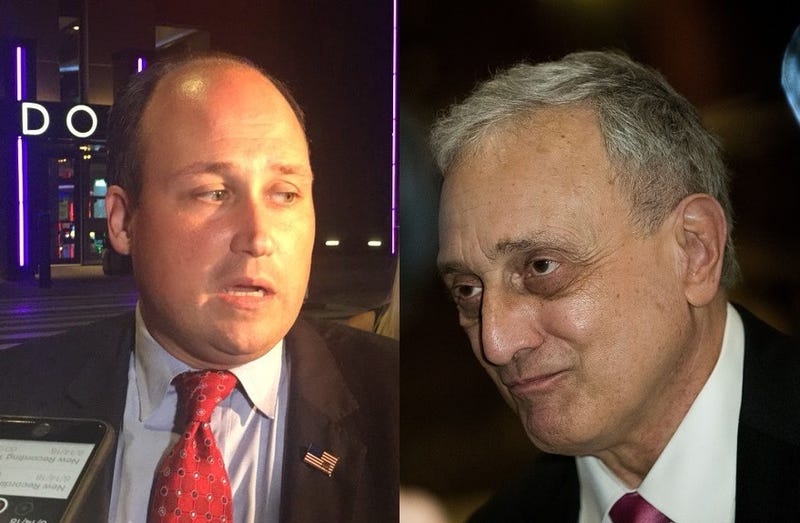 Buffalo, N.Y. (WBEN) - We are seeing a lot of advertisement from New York state political candidates running for Congress focusing on getting people to vote in the primary election on August 23rd. Are they missing the mark by not promoting early voting?

You can vote in any polling location within your county to vote early. You can vote for any political candidate associated with your party. Go to https://voterlookup.elections.ny.gov/ to find out if you are registered to vote.

Residents of the 23rd Congressional district can vote between Carl Paladino and Nick Langworthy, who would fill the seat of Former Congressman Tom Reed (R), who resigned in May.

"I would refer to this effort as the shadow campaign, the type of techniques and tactics that really don't show up above the radar screen, but smart candidates engage in them. For example, absentee voting, military voting and making sure that those people who are not going to be in town for the vote get the proper documents so that they can vote. Successful campaigns are often defined by those little details, under the radar screen, that aren't mass publicized, can make a difference and early voting is one of them," said political analyst, Carl Calabrese.

"What we don't know is, how much of that [promoting early voting] either candidate is engaged in how much effort have they put in, if any, to encouraging people who might not be able to vote on the 23rd to get the necessary documents to be able to vote?"

Calabrese says that the NY-23 race is a tough one to call because both Langworthy and Paladino come with certain advantages. It wouldn't surprise Calabrese if Langworthy has already taken advantage of promoting early voting.

"Carl Paladino has name ID and he's running in a district that really is Trump Country. I took a look at the numbers. There are 20 towns in Erie County that make up this district. Trump won 17 of them with 52% of the vote. He then swept the remaining six counties with 62% of the vote. So that's a huge advantage for Paladino. On the other hand, it's a primary. It's about voter turnout. It's an August primary, which is really out of the ordinary and turnout probably will be even lower than a normal June primary. So getting out the vote is going to be critical and there's no question when it comes to organizing campaigns, campaign tactics, strategy, voter identification, get out the vote on Election Day, the advantage goes to Langworthy... without a doubt in my mind."